Alethea Arnaquq-Barli begins her documentary Angry Inuk in an open expanse of tundra in the Canadian Arctic in Kimmirut, Nunavut. The director joins her extended family for something they've done for as long as she can remember: hunting for seal.

It's a stark contrast from what animal rights activists have portrayed in their anti-seal hunting campaigns. Brutal images of hunters clubbing of baby seals is a far cry from what a regular seal hunting experience looks like for members of Arnaquq-Barli's northern community.

Watch a clip from Aletha Arnquq-Barli's interview on The Filmmakers: 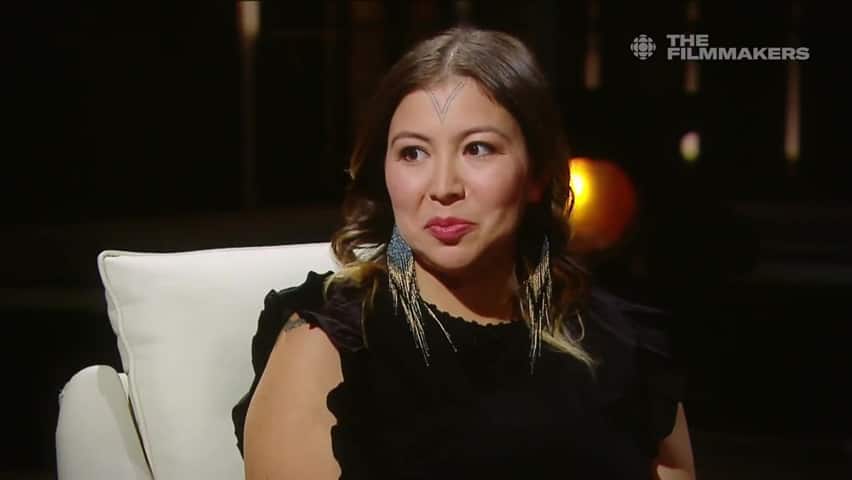 Why is 'Angry Inuk' a controversial title for a film?

3 years agoVideo
1:20
Filmmaker Alethea Arnaquq-Baril explains why not everybody agreed with the title of her documentary. 1:20

We have to be able to translate to the outside world when a situation is unfair.- Alethea Arnaquq-Baril

Not only does seal hunting provide Inuit communities with food, it fuels their economy with income earned from trading seal skins in international markets.

Angry Inuk gives a rare look inside the Inuit seal hunt that is rarely seen or understood in mainstream media, especially when the violent images from anti-seal hunting campaigns are so pervasive in modern culture.

When a historical documentary turns personal

Originally, the film was meant to be a historical documentary about anti-seal hunting legislation from 1983, based around Inuk lawyer and sealskin seamstress Aaju Peter. Arnaquq-Barli​ never intended to appear on screen.

But when the European Union began initiating a new sealskin ban in 2009, she could no longer remain out of sight — and stepped in front of the lens to share the story from her own point of view.

I've often told her you have to be careful not to get hurt.- Laakkuluk Williamson Bathory

Arnaquq-Barli​ and her friends faced months of online harassment from anti-seal hunting groups for speaking out against the sealskin ban.

In the film, she reaches out several times to the animal rights activists trying to have a respectful discussion about how their activism threatens Inuit communities. But time and time again, her interview requests are ignored.

"Her activism is so heart-based," says Laakkuluk Williamson Bathory in The Filmmakers panel discussion. "I've often told her, 'You have to be careful not to get hurt.'"

"But she keeps on pushing through to show people heart...she's truly concerned about her family, her community and her friends and the interconnections we have on a political basis."

Stream the film and watch the interview and panel discussion this week on The Filmmakers to see how that community responds with their own brand of activism.