Only an Inuk filmmaker could make a documentary like Angry Inuk

Alethea Arnaquq-Baril makes films that will challenge your perception about Canada's north.

Throughout her career, Iqaluit-based artist Alethea Arnaquq-Baril has made plenty of films about Inuit culture. Some of her work includes animated shorts, a lesbian love story set in an Arctic outpost camp and a documentary about traditional Inuit face tattoos. 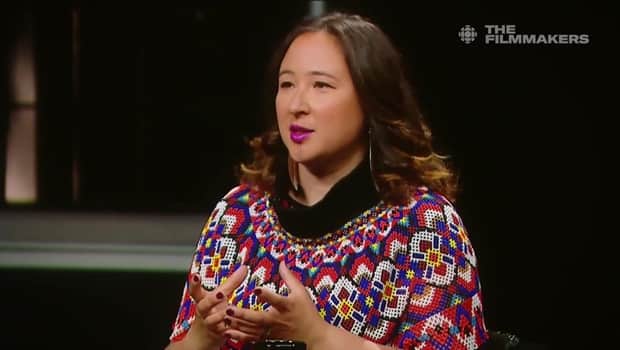 Her 2016 documentary Angry Inuk reveals the negative effects that anti-seal hunting legislation and activism have had on the Inuit economy and community. It's the type of film that could only be made by someone who's grown up in that culture.

"The issue is so complex, I don't know if it could've been made at all by a non-Native or non-Inuk person," explains Arnaquq-Baril​.

Although she grew up in a family that hunted seals since she was young, she doubted her own ability to make the film because she wasn't a hunter. But despite her anxieties, she took on the pressure of tackling the issue through Angry Inuk — a film that took eight years to make.

So many people knew what the Great Depression was, but they don't know what ours was.- Alethea   Arnaquq-Baril

Arnaquq-Baril​ describes the experience of making films about Inuit life for an audience of "outsiders" as exhausting. She notes that filmmakers from dominant cultures don't have the burden of teaching audiences about the entire history and traumas of their culture as a starting point before telling a story.

"So many people knew what the Great Depression was, but they don't know what ours was," she says.

Despite the emotional labour, Arnaquq-Baril​ is proud and determined to tell an important story about Inuit life. "It's worth it — and it has to be done."

Stream the film and check out the interview and panel discussion about Angry Inuk in the full episode of The Filmmakers.