Louise Archambault wrote a lead character living with a disability — and then she cast an actress who also lives with that disability.

For her film, Louise Archambault cast an actress who lives with the same disability as her character

Many films cast actors who don't share the same lived experiences as the characters they portray on screen. But with the coming-of-age film Gabrielle, Montreal-based director Louise Archambault did something that should be an example for all Hollywood filmmakers: she wrote a lead character living with a disability, and then she cast an actress who also lives with that disability.

Watch a clip from Louise Archambault's interview on The Filmmakers: 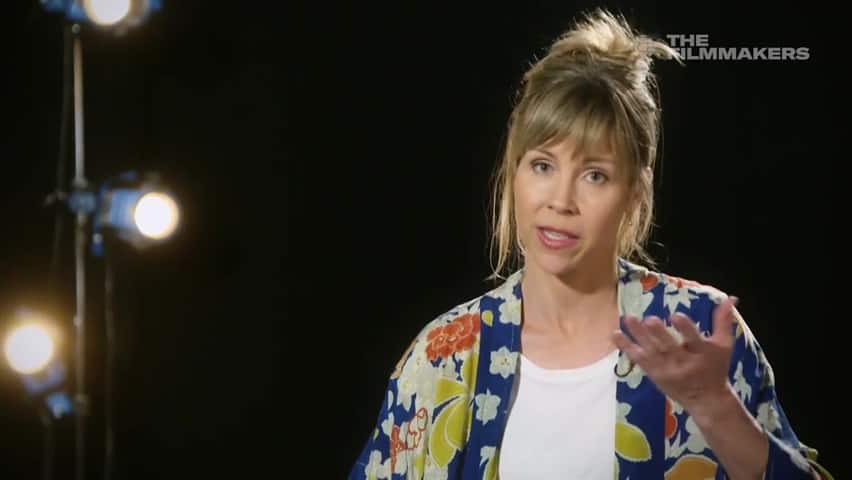 2 years agoVideo
1:31
The 'Gabrielle' director talks about working with the first-time professional actor. 1:31

The film centres on Gabrielle (played by Gabrielle Marion-Rivard), a young woman living with a genetic condition called Williams syndrome, who falls in love with a young man she meets in her choir named Martin (played by Alexandre Landry). Throughout the story, Archambault follows Gabrielle's struggle to gain her own independence from her family and how she explores intimacy and a relationship with Martin.

Gabrielle has that magic light in her.- Louise Archambault

As the film's lead, Archambault cast Gabrielle Marion-Rivard, who has a keen talent for singing and a magnetic energy that radiates on screen, and who also lives with Williams syndrome. Archambault discovered Marion-Rivard — who wasn't a professional actor at the time — through Les Muses, a Montreal organization that offers professional training in singing, dancing and theatre to artists living with disabilities. Inspired by Les Muses and Marion-Rivard, Archambault hired other actors living with disabilities and adapted her script and shooting style to work with them. The film was shot in a documentary style with a handheld camera and improvisation to help the actors give their best and most comfortable performance.

The film was a critical success when it was released, winning best picture and best actress for Marion-Rivard at the Canadian Screen Awards and being selected as the Canadian entry for best foreign language film at the 86th Academy Awards. Watch it this week alongside a panel discussion and an interview with Louise Archambault on The Filmmakers!