From 'Mother' to 'John F. Donovan', Xavier Dolan considers his career — and addresses his critics

Watch the full interview from this weekend's episode of The Filmmakers, which finds the young director at perhaps his most candid.

Watch the full, candid interview from this weekend's episode of The Filmmakers 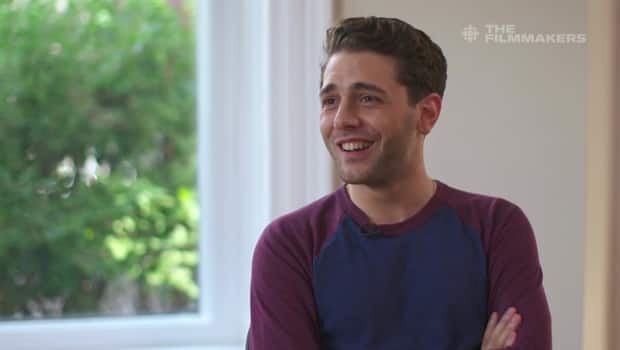 From Mother to John F. Donovan, Xavier Dolan considers his career (and addresses his critics)

3 years agoVideo
10:34
Watch the full interview from this weekend's episode of The Filmmakers, which finds the young director at his most candid. 10:34

It's not easy for Xavier Dolan to look back on the film that launched his career.

"When I watch I Killed My Mother, I see another person," Dolan says in the above interview, excerpted from this past weekend's episode of The Filmmakers. "I see another artist...I didn't know how to do things, and I had seen very few films."

Whatever Dolan may think of his own first film, it's hard not to be blown away it, even eight years later (watch it for free online here and see for yourself). Written when he was just 16 years old, the funny, heartbreaking portrait of a son — played by Dolan himself — at odds with his overbearing mother (portrayed by Anne Dorval) more than deserves its place in the canon of extraordinary debuts from filmmakers of any age.

The film also has the distinction of launching the career of one of Canada's most iconic filmmakers. Now 28, Dolan has had made six award-winning feature films, with his first in English in the works — The Death and Life on John F. Donovan, featuring the likes of Jessica Chastain, Susan Sarandon and Natalie Portman. Along the way, he's also waged a bit of a war with certain film critics who he feels have unfairly targeted him, particularly on social media.

Twitter is a dangerous and toxic thing. It makes you want to be loved and heard, and then suddenly you have a lot of attention — and people like it.- Xavier Dolan, filmmaker

"There's a certain point where you feel like the media is straying from the actual task of reviewing a movie and analyzing a movie because they're whoring for likes," he says. "Some of them, not all of them. Twitter is a dangerous and toxic thing. It makes you want to be loved and heard, and then suddenly you have a lot of attention — and people like it."

Dolan says this "spirit of combining the fame you are craving to the passion you have for reviewing something is sometimes an odd mix."

"I don't want to know what my psychological problems are as a human being," he says. "I just want to know if you like my movie or not."

Watch The Filmmakers this Saturday at 10:00 p.m. (10:30 NT) on CBC Television, or stream it at cbc.ca/watch. After the episode, stick around to see this week's feature presentation, Deepa Mehta's Water.