Director X marks his spot, from Hotline Bling to Across The Line to...Transformers?

Watch this exclusive interview with the visual mastermind behind iconic videos by Drake, Rihanna and Justin Bieber from the season finale of The Filmmakers. 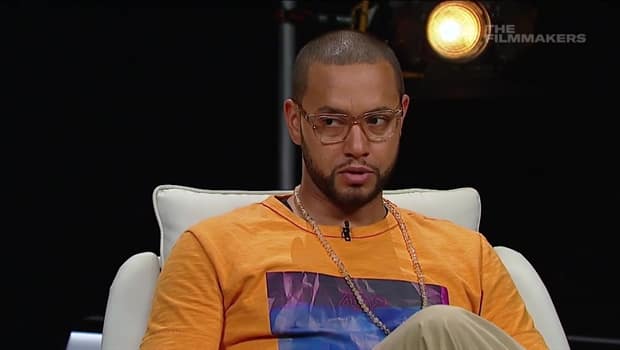 Director X marks his spot, from Hotline Bling to Across The Line to... Transformers?

3 years agoVideo
7:22
Watch this exclusive interview with X from the season finale of The Filmmakers. 7:22

Director X has made some of the most innovative music videos of the last decade. But in 2015, he took his formidable talents to the big screen with his first feature film, Across The Line, which was the subject of this past weekend's season finale of CBC Arts' film talk show The Filmmakers.

Director X himself sat down for an interview on the episode, discussing his meteoric rise from a comic book fan to the visual mastermind behind iconic videos from Drake, Rihanna and Justin Bieber to one of Canada's most promising new filmmakers with Across The Line, which chronicles the challenges facing a young black hockey player in Nova Scotia.

X says that when he was growing up in Toronto, he had many friends from Nova Scotia and grew to understand the province's culture.

"When the opportunity came to do a movie about that community, it was just like, 'OK' — I felt this was right," he says. "And then being Canadian, for my first picture to be a Canadian story about our historic black community as opposed to an immigrant-type tale of a Jamaican kid that came...you know what I mean?"

As for where his film career goes next? X has a fantasy plan, for sure.

"Rebooting the Transformers franchise," he laughs. "Properly. I'm gonna nerd out right here but I mean, I'm a big fan of comic books."

Watch full episodes of the first season of The Filmmakers and the movies it celebrates on watch.cbc.ca.