'Better to be scared than unhappy': How breakout director Stella Meghie found her way to film

She had never directed before Jean of the Joneses — but after writing the script, she took a month-long crash course and found a bright new career.

Write what you know.

That's the fundamental advice almost every fledgling filmmaker has heard — and that's exactly what Stella Meghie did when she wrote and directed Jean of the Joneses, a comedy film about a young writer named Jean Jones and her wise-cracking but well-meaning family.

In the film, Jean navigates a quarter life crisis while trying to gain a stable living situation and move on from a recent breakup. When her estranged grandfather dies on their front doorstep, the Jamaican-American family must come together to untangle mysteries from his forgotten past.

Watch a clip from Stella Meghie's interview on The Filmmakers: 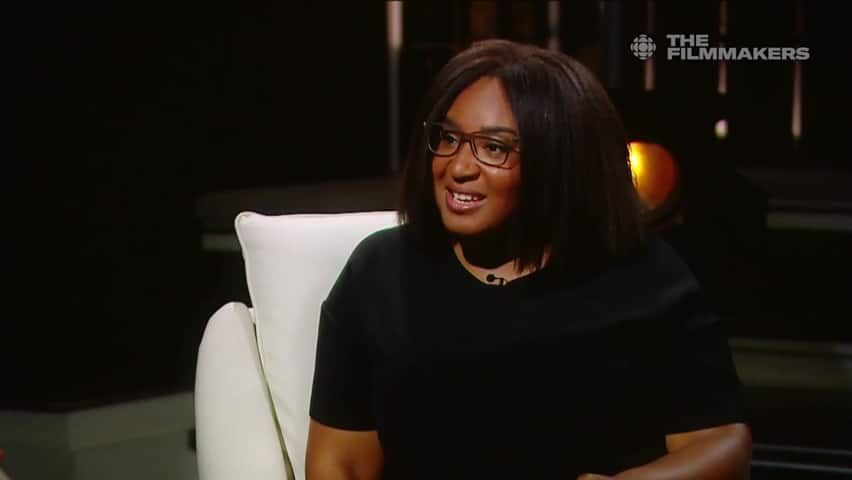 Why "young female voices" are important in film

3 years agoVideo
1:09
Stella Meghie explains what it's like to break ground for a new generation of filmmakers. 1:09

"I wrote it when I was around that age it was just everything that was in my experience at that time," says Meghie in her interview with The Filmmakers co-host Amanda Parris.

It's better to be scared than unhappy.- Stella Meghie

Before film, Stella worked in fashion PR in New York. She was fully aware of the risk she took by leaving her job to become a screenwriter. But as she says: "It's better to be scared than unhappy."

After writing Jean of the Joneses, Meghie soon realized that there would be nobody better to direct her personal story than herself. She took a month-long crash course in directing and set to work on her first feature film. Little did she know at the time that it would be the first leap that successfully launched her filmmaking career.

When the film premiered to critical acclaim at SXSW in 2016, Meghie got scooped up by a Hollywood agent and quickly got to work directing her second feature film Everything Everything — and she's got more projects in the works.

Even in an age where Hollywood strives to increase diverse representation, Everything Everything made Stella the only Black female director with a wide release film in 2017. "I wish I was just adding to the canon instead of creating it," she says. This year, her latest film The Weekend held its world premiere at the Toronto International Film Festival.

Watch the whole film and check out the interview and full panel discussion about Jean of the Joneses this week on The Filmmakers.