In this week’s Art 101, Professor Lise takes us through times where art and sports have played on the same team. 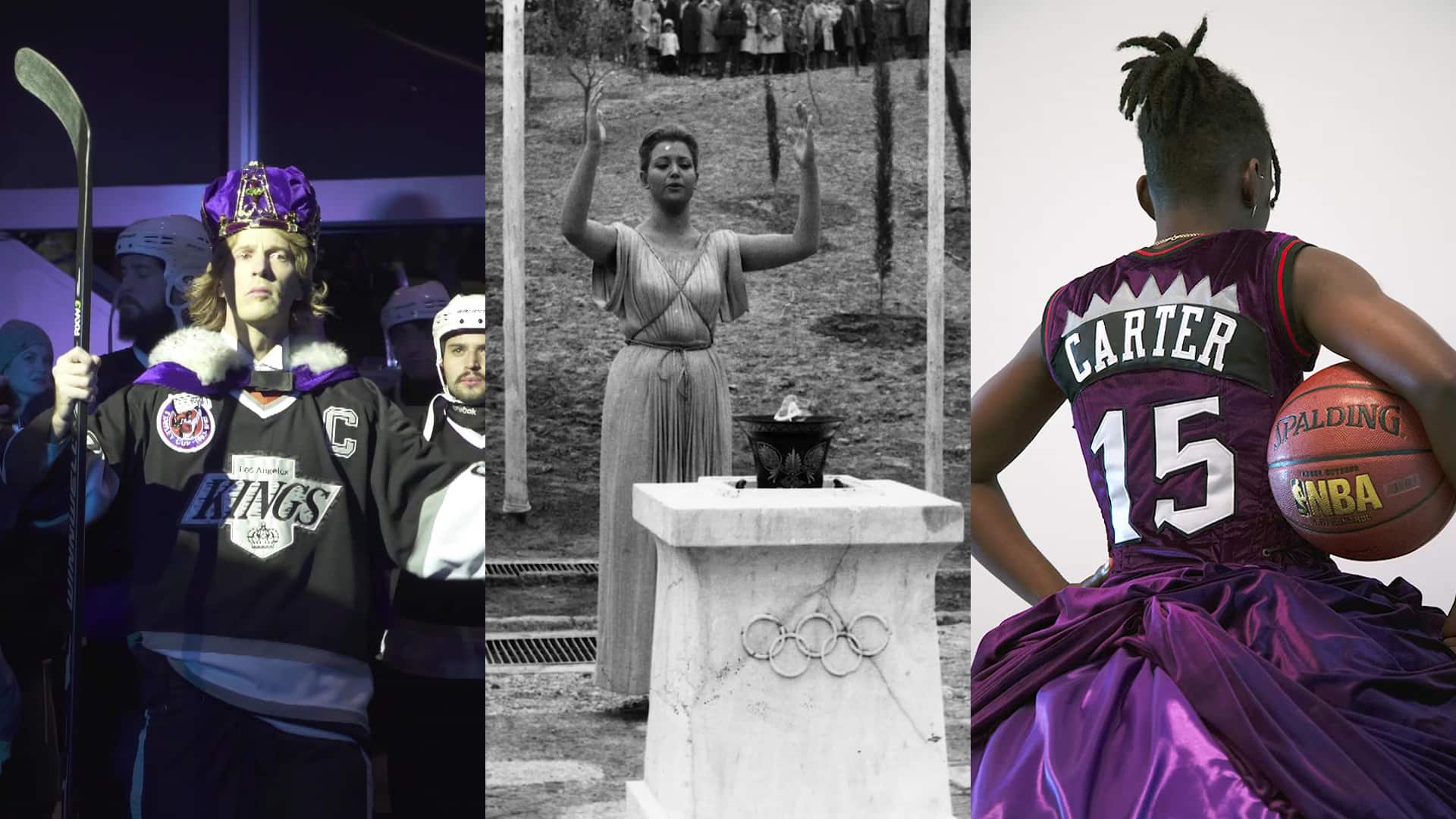 1 month ago
4:17
In this week’s Art 101, Professor Lise takes us through times where art and sports have played on the same team. 4:17

Hey guys! You know those movies from the '80s, where the jock picks on the skinny kid with glasses — or the other way around, where the cool art kids treat the guy on the hockey team like a goon?

Matthew Barney is an American artist who's made epic, feature-length films with massive props. A lot of people might call his work dance, but here's a good way of breaking it down. Barney used to be a jock — a football player, to be exact. And he made much of his early work, called Drawing Restraint, about the strong connection between the physical exertion needed for athleticism and the creative drive necessary to make an actual mark, whether it's on a canvas or a bedroom wall.

In all the different versions of this series, he attached himself to bungee cords or made his studio into a rigorous obstacle course, making it an incredible physical feat just to make a single short line on a surface.

That's an example of where an athlete brought his physicality into the art studio, but what about art that simply celebrates sports and tries to close the divide between the two worlds?

Thierry Marceau, a performance artist from Montreal, takes on many famous people's personas to try to give us a look into their world. And I'm not talking about an impersonation — he becomes them, performing critical moments from their lives and taking on critical elements of their personality.

When he did this recently with Wayne Gretzky, he called up not only what was mesmerizing about the young hockey hero, but how his physical genius invigorated everybody around him, particularly Edmonton, the town that grieved his loss to LA and still celebrates him today. This is art about sports, or at least about an athlete, and the symbolic meaning an athlete can have for a town.

For artist Esmaa Mohamoud, sports become a tool to tell stories of Black identity. They also become the core for her art — like in Glorious Bones, where she uses 46 repurposed football helmets covered in an African wax batik print, calling up both the history and sacrifice of Black athletes over generations of football and the beauty of the sport itself.

In Blood and Tears Instead of Milk and Honey, the footballs themselves are stained black and lie still on black astroturf — like a memorial, or a tribute, to the sport that's meant so much to North Americans.

And in One of the Boys, she incorporates basketball jerseys into epic swirling gowns, calling up the inextricable connection between fashion and basketball, while she points to some of the ideas around gender that are always part of the history of sport.

Why is there such a divide between the art studio and the football field? Here's an idea: traditionally — and I'm talking ancient Greece here — sports were an arena to perform gender, to build notions of virility and strength. And maybe art has been more receptive to those whose ideas of both gender and physicality were a little more fluid. Maybe sports, which often requires team thinking, has been seen as a bit at odds with individual thinking.

Each of these disparate practices informs the other. Athleticism is creative. It requires intellect, lateral thinking and incredible mental patience — just watch tennis finals and you'll see that everything from Serena Williams's outfits to her serve involve a high level of intellect and creativity, not to mention an incredible performance. And art, on its side, requires a physicality, patience and drive that rivals anything that happens during practice.

Who's someone you can think of that brings art and sport together? Send me a line here at CBC Arts and together, perhaps we can stop one kid from getting pushed into their locker at lunch or let another get through the day without being called a meathead.