Taking it to the streets: Urban muralist AJA Louden on the future of public displays of art

The Edmonton-based artist sat down with Amanda Parris for an extended interview. 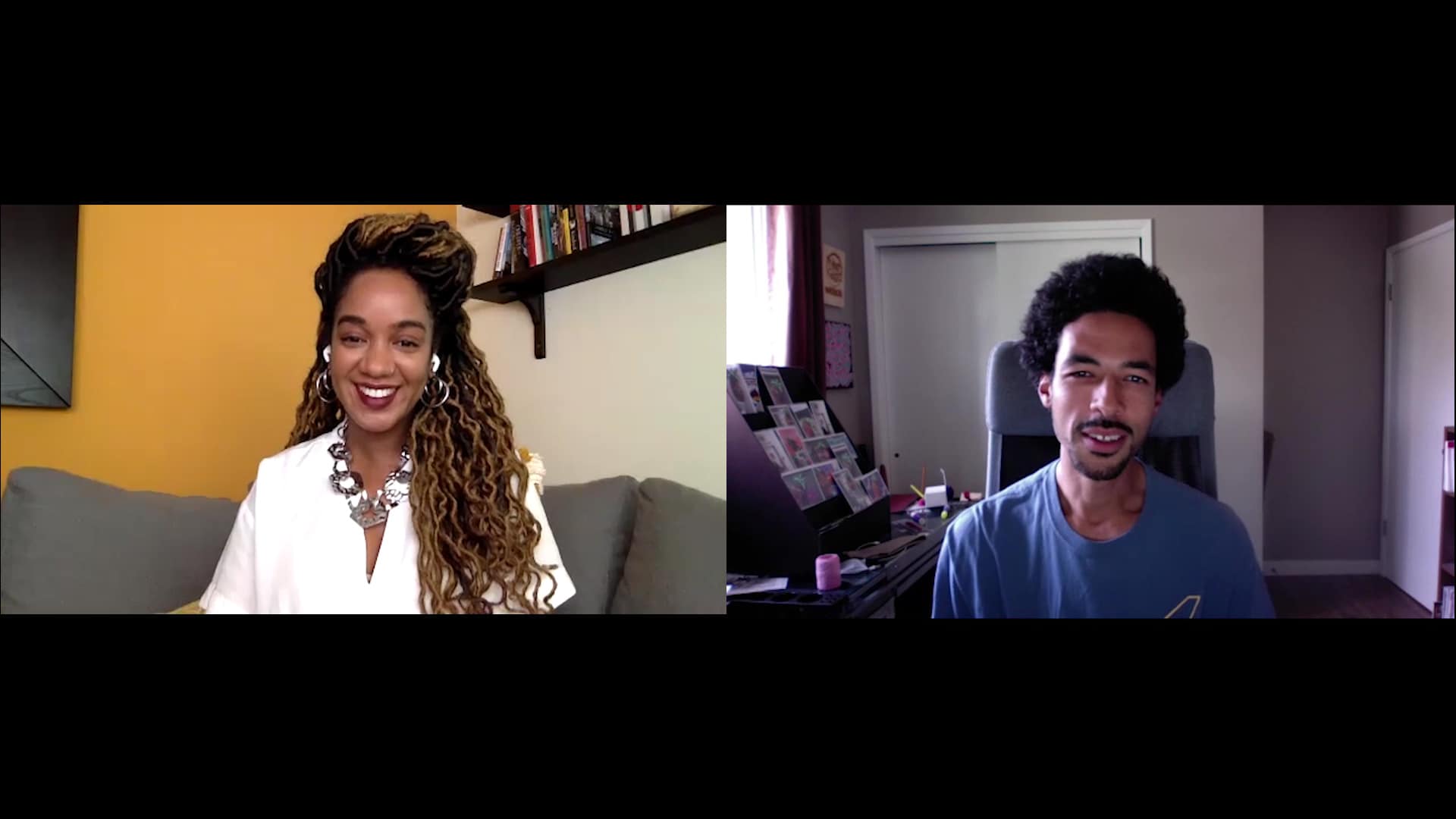 Taking it to the streets: Urban muralist AJA Louden on the future of public displays of art

4 months ago
8:54
The Edmonton-based artist sat down with Amanda Parris for an extended interview. 8:54

With the closure of galleries, street art has been the eye candy satisfying a public hungry for art and culture. This story is part of a CBC Arts: Exhibitionists episode focused on street art's present during the pandemic and its future, streaming now on CBC Gem.

Artist AJA Louden (AJA sounds like "Ajay" and is short for Adrian Joseph Alexander) is known for his bold freehand spray-painted portraits, bringing a unique approach to contemporary urban muralism. His work can be found around the province of Alberta where he lives and works, but also in cities such as Berlin, Barcelona, Florence and Prague. We were grateful to have him take part in our episode of CBC Arts: Exhibitionists focused on street art, with our host Amanda Parris Zooming into Louden's home for an interview, the extended cut of which is featured in the above video.

Among the many things discussed was Louden's now-famous Edmonton portrait of environmental activist Greta Thunberg, which was vandalized. Surprisingly, Louden wasn't particularly phased by that.

"For me to have the sort of idea that I put out into the world responded to only furthered the conversation," he says. "I think the portrait of Greta with this other defacement over it, with this other message written over it, actually spoke to a larger conversation than just my point of view."

"As an artist, I'm trying to record or kind of collect evidence of some of those.... I think that, overall, is a more effective reflection of the times than just my own personal thoughts or feedback on the moment."

The conversation also delved into the role street art has played during moments of protest and rebellion.

"I think in the past, in times of protests, a revolution or just agitation in general, you could always look to the writing on the walls," Louden says. "And that will always tell you a little bit of a different story than maybe what you see on the TV or what you might read in the newspaper."

He cites some historical examples:

"Look at the Berlin Wall and you look at some of the things that were written on the Berlin Wall. Some of it was purely art, almost in an escapist sense that it had nothing to do with anything that was going on at the time. Others were like, direct political references and phrases and slogans and flags. So I think when we look to the past as an idea of what we can see in the future, we'll see more of that."

Watch the full interview above, and tune into this week's series finale of CBC Arts: Exhibitionists — which centres on theatre — Friday at 11:30 ET on CBC.