The Montreal poet takes us on tour of the Plateau, a neighborhood of spiral staircases, cafes and artist haunts that have inspired his poetry and shaped his life.

The Montreal poet takes us on a tour of the Plateau, a neighbourhood that has shaped both his poetry and life 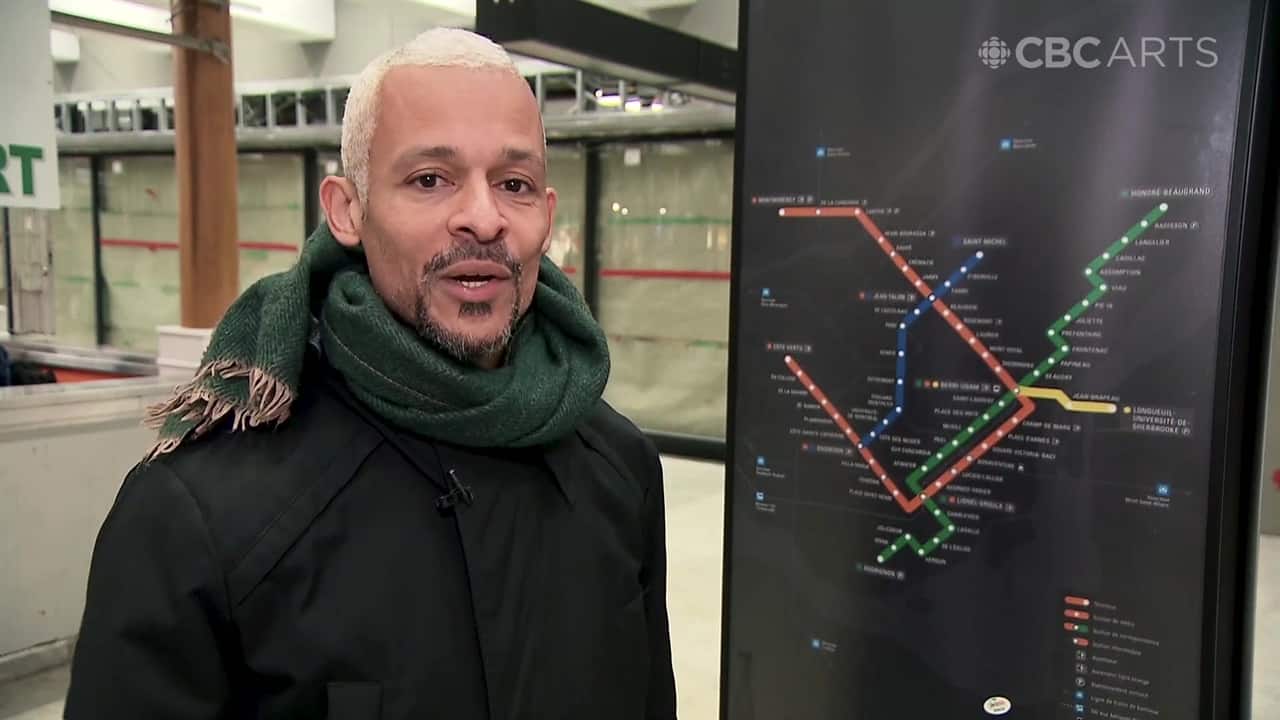 1 year ago
7:03
Montreal poet Kaie Kellough takes us on a tour of his chosen home. Filmmaker: Craig Desson 7:03

Crowds of people swerve around him in the cavernous underground structure that links three metro lines, a university and the Montreal bus station.

This is close to the spot where Kellough first arrived in Montreal from Calgary in 1998. He moved to become a poet.

Berri-UQAM Metro is where Kellough decided to start his walking tour of Montreal. "Berri might not seem like the most interesting destination, but in fact, it is a fascinating place because it is an incredible nexus in the city," he says.

When he first moved to Montreal, he learned about his new city by riding the metro and getting off at random stations. Since this station is a transit hub, he would often end up there alone, wandering through the crowds.

"When you move to a new place ... you have to disappear into it before you kind of re-emerge, forged in that new identity."

Kellough has now lived in Montreal for more than two decades. In that time, he's established himself in Montreal as a poet, novelist and musician. He's published three books of poetry and an experimental novel. His most recent collection of poetry, Magnetic Equator, was named one of the best of 2019 by CBC Books.

In his novel Accordéon, he describes the experience of being a newcomer in Montreal.

"I see people who I know arrived in this city one month ago. I see them wandering the city that I know. And I know that they will have to try harder if they want to disappear."

For the next stop on his walk, he takes us two stops north to Mont-Royal Metro — "to a neighborhood where I lived when I first moved to Montreal."

The station is in the Plateau, a neighborhood that's been a home to Montreal artists for over a century. Kellough emerges from the metro and wanders up a nearby residential street.

On either side of the road are the three-storey apartments with the long outdoor staircases that the neighborhood is known for. This was the type of apartment he was able to rent for a song in the late 1990s, when Montreal's economy was struggling.

At the time he could rent a 1,200 square foot apartment for $500 a month — although what he didn't bargain for was how the thin apartment walls would bring him into contact with mundane rhythms of his neighbours. The kind of dense urban living found in the Plateau became an inspiration for his writing.

"You hear people's lives up close. You hear them through the walls of your apartment. It allows you to cultivate an insight and an empathy off the different rhythms of different people's lives."

Kellough walks through the Plateau until he stops at his final destination.

In front of him is a poem etched into the side of a Plateau triplex. The poems' four stanzas tower above the street.

"I love it because its language is part of the fabric of the city."

The poem is called Tango de Montréal and it's by Gérald Godin, who was a renowned journalist and politician with the Parti Québécois. It begins by describing immigrants riding the metro early in the morning and how their energy helps keep the almost 400-year-old city of Montreal on its feet — or as the poem says in French, "If the old heart of the city is still beating, it's thanks to them."

For Kellough, who moved to Montreal from English Canada and comes from a family that immigrated from South America, the poems reveals how newcomers renew the vitality of a city.

"It makes me reflect on what my contribution is ... to the society," the poem translates. "Is it just waking up in the morning and taking the metro to work and labouring or is it writing your own presence into the society?"