In the Toronto choir, newcomers and refugees are encouraged to shake off their shyness and take the stage.

In the Toronto choir, newcomers and refugees are encouraged to shake off their shyness and take the stage 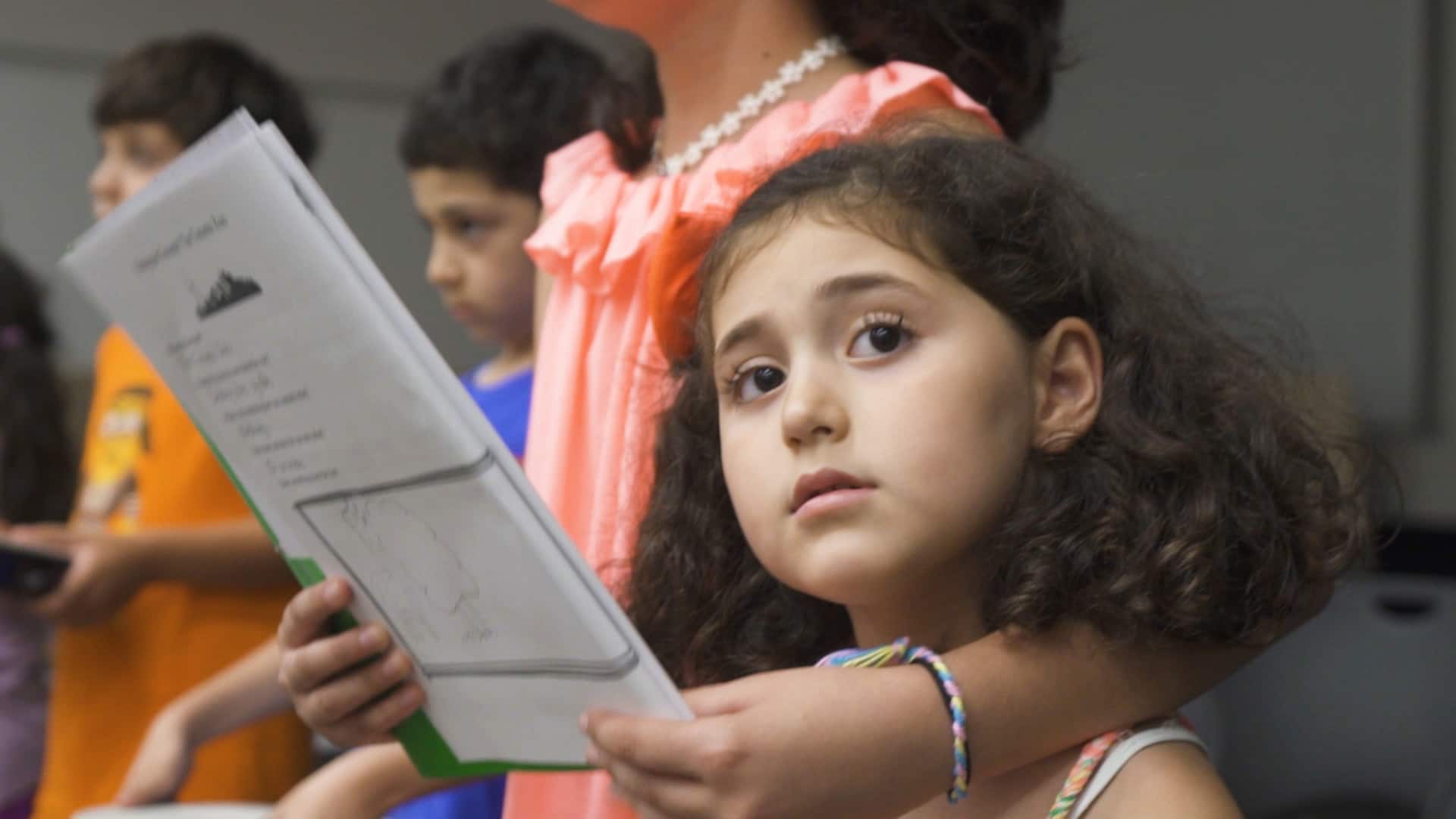 The kids of Nai Children's Choir

12 months agoVideo
5:18
At Toronto's Nai Children's Choir, kids are shaking off their shyness and learning to perform. Filmmaker: Kelli Kieley 5:18

Since 2016, Canada has welcomed more than 25,000 Syrians — and benefited from the infusion of their culture. Nai Children's Choir is one of the many organizations that has helped newcomers feel welcome here by sharing their culture and their voices.

In the days following the arrival of Syrian newcomers in Toronto, they are often in a holding position in hotels, awaiting processing. Various agencies offer resettlement, landing services and outreach. CultureLink is one such agency that has risen to the challenge by providing activities for newcomer children who have been living without school and spending long days in the hotels during a cold Canadian winter.

On one such occasion, CultureLink partnered with Parkbus, arranging to take some children and their parents on a bus trip to Arrowhead Provincial Park for a full-day ski and snowshoeing trip. On the return trip from a day spent in the snow, they were met with a snowstorm, and when the children got restless and anxious on the bus, they distracted themselves by singing. From there, Nai Choir was born — with founding members Fei Tang, Monique De Margarie, Nadeen Abu Shaban and Hazem Abouelnil, who recognized the healing opportunity music might offer and worked tirelessly to translate that experience into a choir that has now performed for Justin Trudeau and Adrienne Clarkson.

In the summer of 2019, the growing and evolving choir hosted a camp in two locations that introduced the sights and sounds of Toronto to the children. The kids were given audio-visual equipment and other tools to create their own stories, culminating with a public performance.

In one of the camps, two young sisters — Alia and Layla — had just arrived in Toronto from Syria after being separated from their father for three years. Since they arrived in the summer, school was out. So the camp provided an opportunity for them to integrate safely, learning about Canada, speaking English and performing with their new friends. This video showcases the children's remarkable transformation, as the young girls thrive with the support of the choir — and also highlighting the healing and bonding opportunities a choir can offer.

Kelli Kieley is a producer from Newfoundland (who now calls Toronto home) who’s been writing, producing, and directing film and video since 2007. Her written and video work has appeared in magazines such as Time Magazine, The Guardian and Saveur Magazine, along with CBC Arts.