Since 1992, these awards have recognized an amazing array of artists for their outstanding contribution to culture in Canada and abroad.

Since 1992, the awards have recognized an amazing array of artists for their contribution to Canadian culture 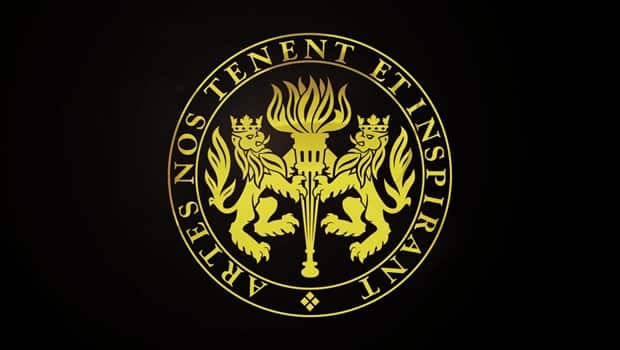 The Right Honourable Julie Payette will present the National Arts Centre Award and the awards for Lifetime Artistic Achievement in the categories of theatre, dance, classical music, film, and broadcasting. Since 1992, these awards have recognized an amazing array of artists for their outstanding contribution to culture in Canada and abroad.

In celebration of Canada's incredible talent, CBC Arts will showcase each of the laureates leading up to the Gala awards that take place April 26 and 27.

Stay tuned! And congratulations to all the laureates!

Sandra Oh's work in both film and television can only be described as groundbreaking. Originally from Ottawa, she is well-known for her role on the hit ABC TV medical drama Grey's Anatomy. More recently, she's been recognized for her star role in the hit BBC America spy series Killing Eve, for which she recently won her second Golden Globe award — making her the first woman of Asian descent to win multiple Golden Globes. And not only did she make history for winning, but she also became the first Canadian to co-host the Globes this year. With a career spanning over 30 years, Oh has had many recognizable roles in films like Double Happiness, The Red Violin, Sideways, Under the Tuscan Sun, The Princess Diaries, Catfight and countless others. Now as she becomes a recipient of the National Arts Centre Award, Oh's legacy will only continue to break ground — just like her career.

Colm Feore has led an extraordinary career, showcasing his versatility and depth as an actor. He's one of Canada's top stage actors, and a regular at the Stratford Shakespeare Festival. On the screen, Feore has a whopping 140 film and TV credits to his name, including The Red Violin, Trudeau, 24, House of Cards and the recent Netflix series The Umbrella Academy. As an active member of his community, he also donates his time to not-for-profit initiatives like Shakespearience and Reel Canada that empower at-risk youth through Shakespeare and Film. Fluently bilingual in both French and English, Feore is a cultural ambassador to Canada and abroad.

With his sharp and biting wit, Rick Mercer has built a career becoming one of Canada's foremost political and social commentators. Known for his trademark rants on shows like This Hour Has 22 Minutes and Rick Mercer Report, Rick's loyal fans have come to love his outspoken views on politics and cultural issues. As a Newfoundlander, his humour is often flavoured with a Canadian spirit, seen in segments like Talking to Americans and Made in Canada. However, his influence reaches far beyond the laughs, as he is also an author and humanitarian.

As the artistic director for Canada's National Ballet School since 1989, Mavis Staines has revolutionized the way classical ballet is taught in Canada. She has guided the direction of classical training to focus on progressive and holistic approaches to areas such as pedagogy, creativity, and community engagement. With the goal of "bringing dance to the people," Staines's leadership outreach initiatives such as "Sharing Dance" have allowed children, adults, seniors and those living with Parkinson's disease to connect with ballet. She hopes her legacy will keep people moving — and now that legacy includes this award as well.

An internationally acclaimed performer, Louise Bessette has had a significant influence in the field of contemporary classical music. She has introduced Canadian composers to audiences abroad, and vice versa. She is sought after by composers from Europe and Asia, who dedicate their works to her and her interpretation of their music. From 2013 to 2014, Bessette performed 25 works by 25 different Quebec composers — an event that was heralded as a milestone in the province's musical history. Although she's been the recipient of multiple prestigious music awards, ultimately it is her passion that drives her and keeps her sharp.

Lorraine Pintal is a true champion of the arts. She began her career as an actress, but has been able to provide a spotlight for Quebec drama and programming though her role as artistic director of Montreal's Theatre du Nouveau Monde since 1992. A versatile creator, Pintal has produced several television series, including Radio-Canada's Montreal, PQ and even hosted the literary talk show Plus on est de fous, plus on lit. It is her dedication to the arts that shines through in all of her roles.