"What's on the outside is just a false facade for the real truths that lie underneath." 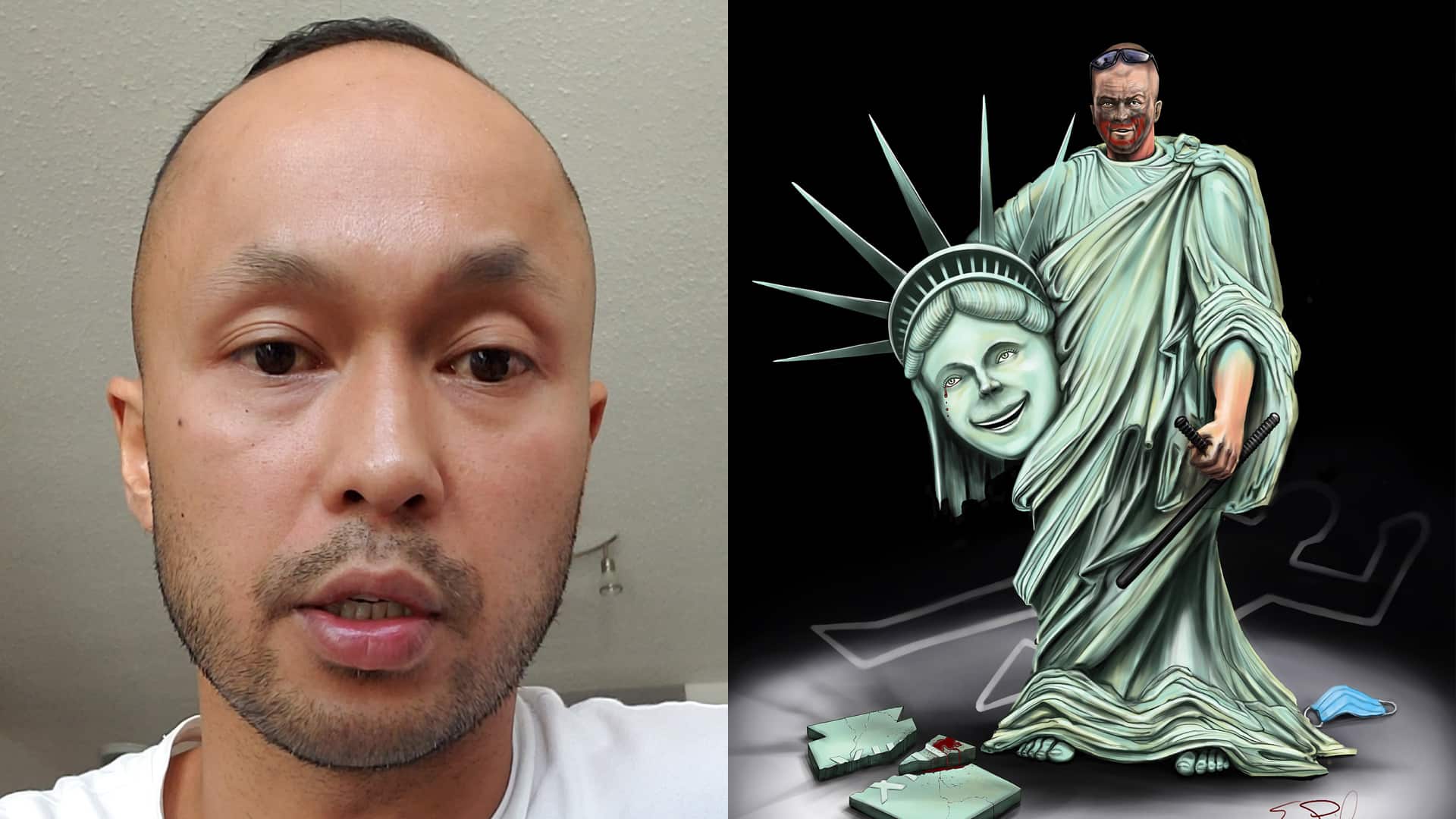 2 months ago
3:33
"What's on the outside is just a false facade for the real truths that lie underneath." 3:33

In Opening Up, the sequel to our self-shot video series COVID Residencies, we're asking artists how the upheavals and uprisings of 2020 are affecting their process and work.

Before the pandemic, Eugene Paunil's career as a mascot maker, scenic sculptor and visual artist was thriving. Most notably, he made work for the Toronto Raptors (via Maydwell Mascots) where he was commissioned to create five mascots honouring five former players. He was also extremely busy creating props for various film and theatre productions.

Then COVID hit. Sports, film and theatre productions were all forced to come to a screeching halt — as did work for Eugene.

While in quarantine, he turned to illustration as a creative outlet. Confronting the racial injustice and police brutality that is demanding attention right now, Eugene's in-your-face drawings will make you take a second, third and fourth look as you uncover numerous details and metaphorical messaging.

In the illustrations, he uses his love of mascots to express deliberate criticism. "I use the mascot as a vessel to convey a message — to convey what's going on in this world, particularly the racial injustice that is going on in America right now," he explains. "I'm using the mascot head as a symbol. It's a symbol for lies. What's on the outside is just a false facade for the real truths that lie underneath."

In this video, witness the meaning behind this three-part series of illustrations.

"When the George Floyd murder happened, that got me really angry. I just felt that it was my responsibility as a visual artist to use my platform to speak up — to get people to react and think. In support of the Black Lives Matter movement, I chose to take more of a illustrative journalistic approach and depict everything that I was seeing with the protests and the murder, and kind of show it in a way that would get people to see a story ... addressing the racial inequality in America."