Lights, camera, SANITATION! Here's what it's like making a movie during COVID-19

We visit the set of the upcoming feature Wildhood to glimpse into the unique challenges of filming in 2020. 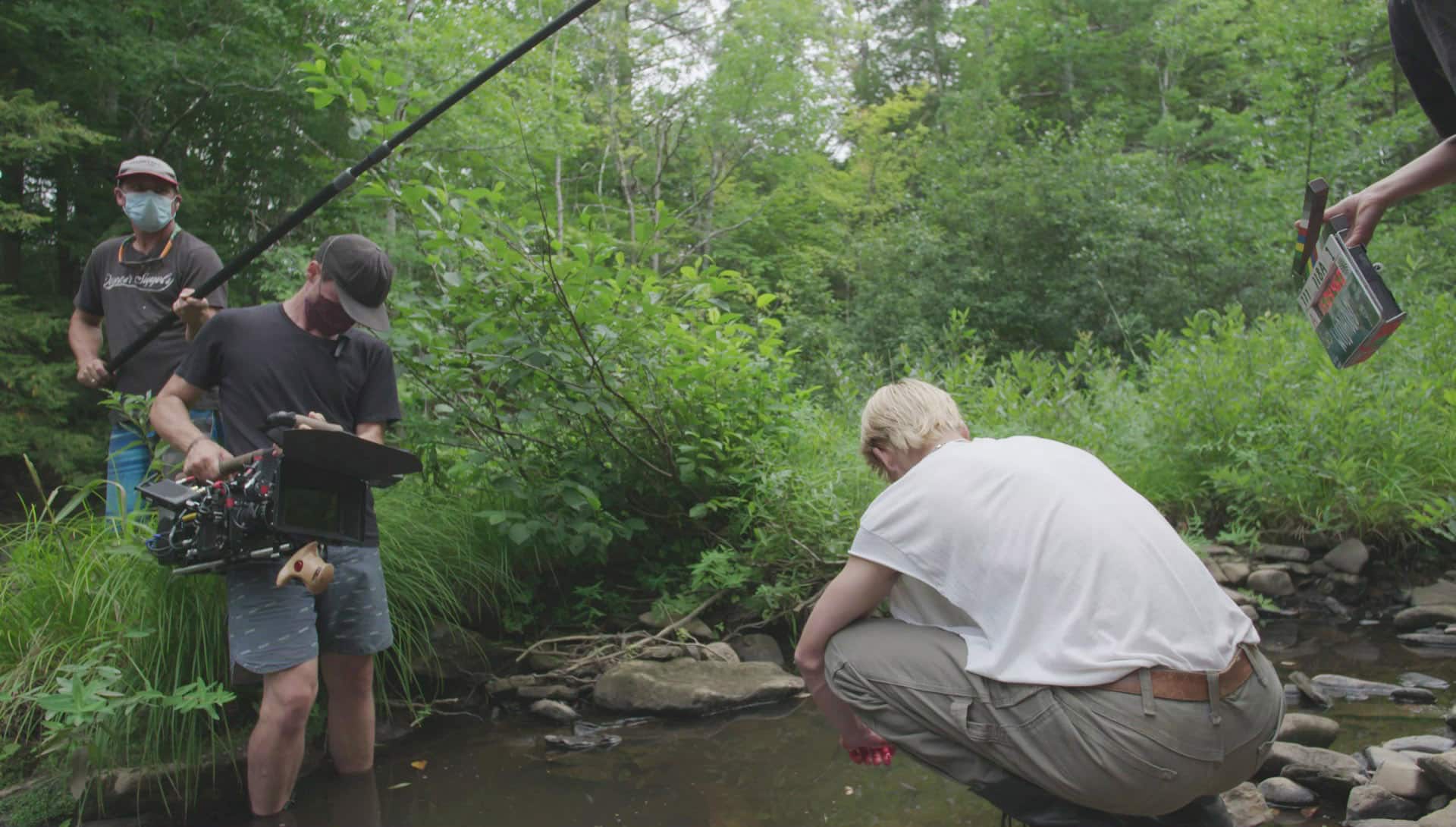 Lights, camera, SANITATION! Here's what it’s like making a movie during COVID-19

1 month agoVideo
2:32
We visit the set of the upcoming feature Wildhood to glimpse into the unique challenges of filming in 2020. 2:32

Funding and shooting a feature film is a challenge in any old year, but add a worldwide pandemic of respiratory disease to the mix and you can multiply that challenge by a hundred.

However, Canadian producers like Gharrett Patrick Paon are rising to the challenge. In August of this year, Paon and his team went to camera filming the upcoming movie Wildhood, written and directed by Bretten Hannam. Before shooting, they consulted with an occupational health and safety company to put protocols in place that would help protect the cast and crew from the spread of COVID-19. The producers hired a COVID coordinator on set to enforce the protocols and a two-person sanitation team that had the job of wiping down all surfaces.

Nova Scotia also has a mandatory 14-day self-isolation period for people entering Nova Scotia from outside of Atlantic Canada. For Wildhood, this meant that their lead actor, Phillip Lewitski, had to isolate for two weeks upon travelling to the set. However, Lewitski looked at the mandatory isolation as a positive, using the time to rehearse and delve deep into the material.

"The rehearsal process was pretty intense," he says. "I was pretty much locked up in my house for two weeks, and it was this incredible discovery and opening of this character we were bringing to life."

Another new protocol that the Wildhood team followed was testing cast members outside of the core group of leads before they came to set. "If our leads go down, then the entire production goes down. So everything is kind of catered around protecting them and shielding them from the risk of transmission," explains Paon.

It's pretty amazing that we're here shooting this today and the amount of challenges that we had to overcome to get here, but we're working with an amazing team who has worked very hard.- Wildhood producer Gharrett Patrick Paon

Despite costly and burdensome obstacles, producers like Paon are forging ahead to create the stories that have been vital in helping us cope with the current world situation.

"It's pretty amazing that we're here shooting this today and the amount of challenges that we had to overcome to get here," says Paon. "But we're working with an amazing team who has worked very hard. And I can't wait for everyone to see it."

Wildhood, which is a coming-of-age story following a two-spirit Mi'kmaq teenager, wrapped filming in September.

This video is part of the season six premiere of CBC Arts: Exhibitionists, which dives into the challenging world of film in 2020 and asks the question: what do we want out of the future of Canadian film and how do we get there? Stream the full episode now on CBC Gem.