'Laakkuluk's work is remarkable to me in so many ways': Tom Power on Laakkuluk Williamson Bathory

In the Making and q coincidentally made episodes in the Nunavut capital at the same time. Hear Tom Power's reaction to his experience.

Tom Power: 'My experience in Iqaluit was certainly life-changing'

For our seventh episode of this season — now streaming on CBC Gem — In the Making visited Laakkuluk Williamson Bathory, an electrifying uaajeerneq performer (Greenlandic mask dancing) at her home in Iqaluit. While the In the Making team was filming their episode, CBC's q was also in Iqaluit producing a special live episode featuring Bathory and other Nunavut artists. Below, q host Tom Power — who was also present for the climatic performance that concludes the episode of In the Making — reflects on the experience of meeting Laakkuluk and seeing her perform.

You travelled to Iqaluit this past April to record a special episode of q, for which you interviewed Laakkuluk Williamson Bathory. Coincidentally, the In the Making crew was there at the same time to make a documentary about Laakkuluk. What was your experience of Iqaluit, and meeting Laakkuluk, like?

My experience in Iqaluit was certainly life-changing. A population of less than 10,000 people — facing so many challenges that the south has no idea of — putting out some of the most groundbreaking, important and GOOD art that this country is seeing right now. It was inspiring to say the least. I had met Laakkuluk once before, and we interacted at the Polaris Music Prize. She has also been a guest on q, introducing people to the music and art scene in Iqaluit. I have unending respect and appreciation for her work, so it was great to hang in person because she's very fun to hang with.

As the host of q, you have a wide vantage point on art being created all across Canada and around the world. What strikes you as distinct about Laakkuluk's work?

Laakkuluk's work is remarkable to me in so many ways — one of which I think is worth highlighting is its existence in the traditional and contemporary spaces at once. Which is interesting, because I've always been of the opinion that "traditional" and "contemporary" are biased words we use for art. All art is rooted in something that came before; all art is looking toward the future. Laakkuluk's Ikumagialiit project [the performance art band featured in this week's episode of In the Making] brings together Greenlandic mask dancing, Inuit throat singing, electronic music, light, dance, audience interaction — it's the synthesis of so many things at once. It's uncategorizable, and it shows that art that came before us is still living, breathing and relevant.

When you and Laakkuluk spoke, you discussed Qaggiavuut, the non-profit performing arts society where she serves as artistic director and that's currently fundraising to build a permanent home. As Laakkuluk pointed out, Iqaluit is the only capital city in the circumpolar world without a physical space for the performing arts. Why do you think that building that space in Iqaluit is so important?

For this I want the defer to the folks in the community and do whatever I can to reiterate their point that when art forms and practices have been under such a severe threat as colonization, it is so incredibly important to have a space where those art forms and practices can be nurtured, rehearsed, taught and performed. Speaking personally, I know the sense of home, place and joy just hanging out in theatres back in Newfoundland and Labrador enriched my life and brought me to where I am today. Everyone deserves that feeling — especially in a community with such amazing art coming out of it. 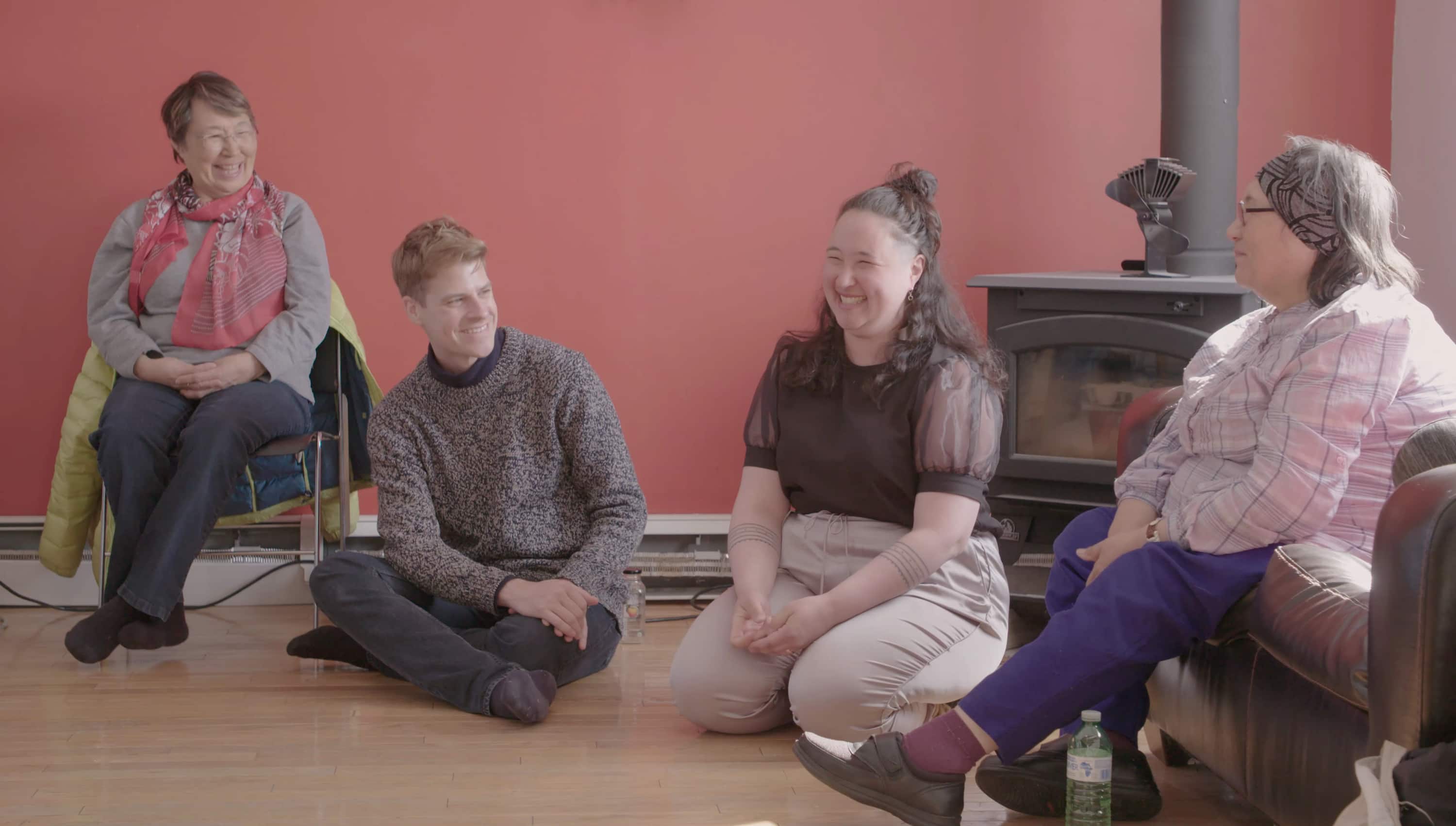 1 year agoVideo
4:37
Find out more about Iqaluit non-profit Qaggiavuut, now fundraising for a permanent home in this In the Making digital featurette and see artistic director Laakkuluk Williamson Bathory's story in her episode of In the Making now streaming on CBC Gem. 4:37

At the end of your time in Iqaluit, you attended a workshop performance by Ikumagialiit (Those that need fire), a collaboration between Laakkuluk, cellist Cris Derksen, video artist Jamie Griffiths and performer Christine Tootoo, which is the climax of Laakkuluk's episode of In the Making and has its official premiere at the National Gallery of Canada on November 16. What do you remember about the performance, and how did it impact you?

I remember hoping she doesn't get to me!! Ha! As I mentioned I interacted with Laakkuluk at the Polaris Prize [when she performed with Tanya Tagaq in 2017] so I was watching the familiar feeling come over the crowd as she came near. I laughed, cried, was mesmerized, confused, exhilarated — I loved every second I was crammed into that house watching that piece. Christine and I had collaborated on a piece of art in Yellowknife years back, so it was especially great to see her continuing to make things alongside Laakkuluk. It felt like I was seeing a sneak preview of something that will really get a lot of attention and provoke a lot of conversation.

Coming back home to the south, what did you take away from your experience in Iqaluit?

Since I've been back, I've been encouraging more and more people to spend time in the North, to see the country, to listen to music, to hear the stories and languages and histories of folks in Iqaluit. I also treasure the friendships I made along the way. But more than anything I want to keep doing what I can to help build the Qaggiq. It's important and should have been there decades ago. More than anything, I feel like there's something amazing happening and I want to do what I can to let more and more people know about. I'm glad folks watching the show will see a little of what I saw.

Stream In the Making now on CBC Gem.