"I've been able to take what's happened to me and use that as a tool to help others." See her story of embracing her identity on This Ink Runs Deep.

This Ink Runs Deep features Indigenous tattoo artists across Canada who are reviving ancestral traditions that were taken away during colonization. Through the film, directed by Asia Youngman, we learn about the practices that were thought to be lost forever, and how their revival reflects a reawakening of Indigenous identity. Stream This Ink Runs Deep now on CBC Gem and worldwide on YouTube.

"I've been interested in traditional tattoos for a few years now and since then it's been a yearning to feel like I can wear them as well," says Jana Angulalik, a traditional Inuit tattoo artist from Cambridge Bay, Nunavut. "It's been a journey — a journey to get there to be able to wear them proudly and confidently and without any shame."

"The feeling of getting my forehead tattoo brought so much peace and I think it's because it was a long time leading up to it." 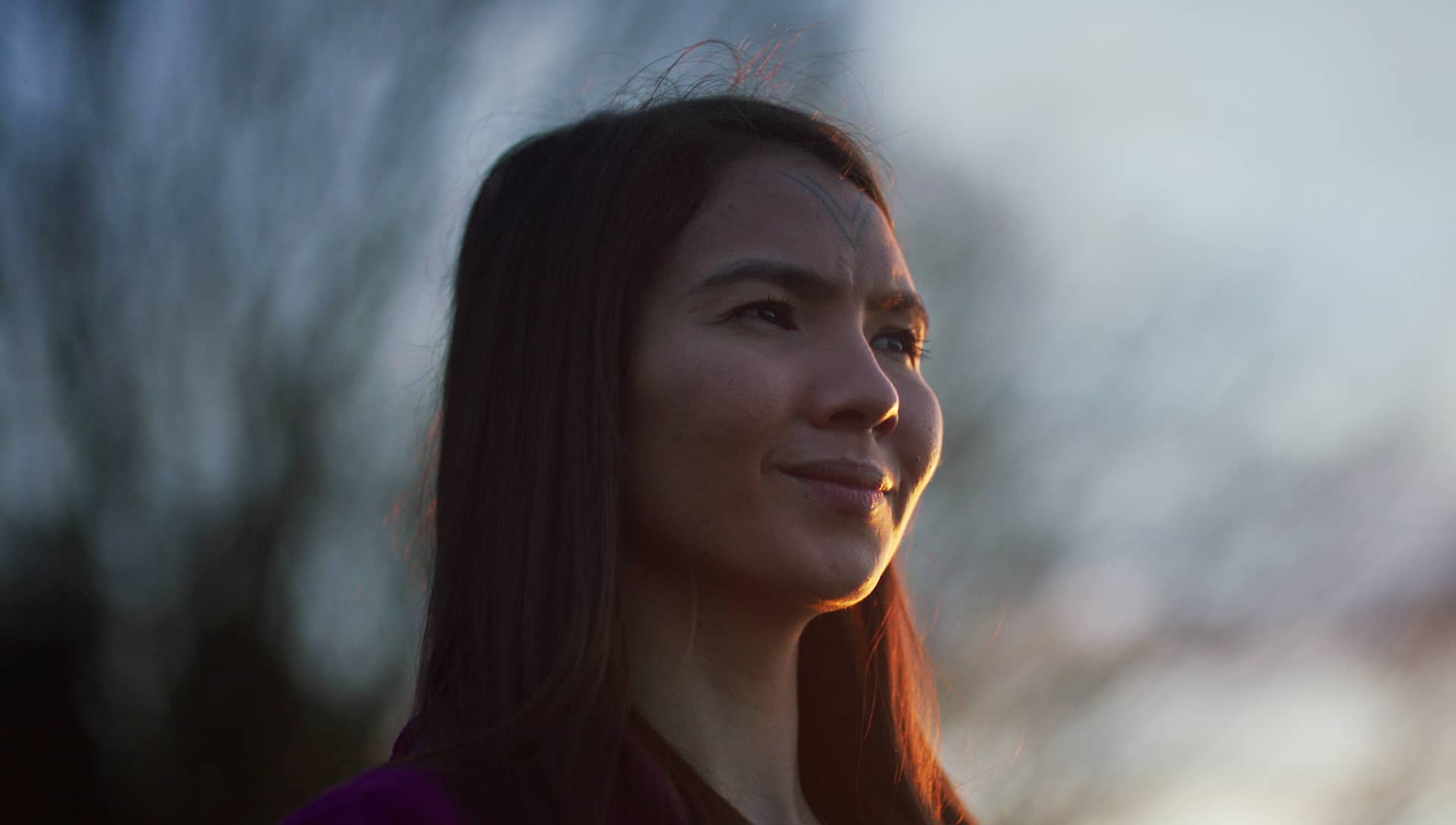 1 year agoVideo
4:31
"I've been able to take what's happened to me and use that as a tool to help others." See her story of embracing her identity on This Ink Runs Deep streaming now on CBC Gem. 4:31

For Angulalik, whose story you can see in the video above — or as part of the full This Ink Runs Deep film, streaming on CBC Gem — traditional tattoos have helped solidify her identity to herself and in the world. "I love that I am now identified as an Inuit woman because that wasn't always the case," she says. "I had a lot of identity issues. I didn't feel like I belonged. I felt too white to be Inuk and I felt too Inuk to be white. My dad is white and my mom is Inuk, so wearing them has given me identity that I was craving."

"I teared up when it was done when I had realized that I finally got to a point in my life that I felt proud enough to identify myself as an Inuk woman and be a part of something collective."

"Growing up, it was very rough — growing up in an alcoholic home, a little bit in poverty. I went in and out of foster care and having the vicious cycles being passed down from one generation to the next. But it was also really beautiful to witness my mother taking the steps she needed to have a better life for us. She sobered up and then her healing began."

"I've been able to take what's happened to me and use that as a tool to help others."

Pursuing this revitalization of her culture's practices has also come with some difficulty overcome. "I remember the first and the most radical criticism came from a lady [of] my mom's generation. She put her finger onto my forehead and said she didn't like it. I didn't know how to respond, so I took a second, took a deep breath and said she doesn't have to like it and I love it."

"That afternoon, she called me and apologized. Now this lady who was criticizing these tattoos now wears them." Beyond this one instance, Angulalik reflects on the powerful experience of seeing other elders who have come to wear these tattoos. "We have a beautiful elder in Cambridge Bay — she now has her womanhood tattoo and I think she was in her 70s when she received it."

As elders reclaim a tradition that was suppressed by colonization, Angulalik sees this as an important time for young people. "It's a beautiful time to be alive and it's a beautiful time to be a youth because there's a growing pride. There's a growing revitalization of so many aspects of our culture besides tattooing. It's a piece of art; it's a form of art. You can add to it, you can morph it, you can continue on your life's journey and still add to your story."

"You might feel that your ancestors are with you now."

Stream This Ink Runs Deep on CBC Gem or worldwide on YouTube.