'America is resisting': Interrupt This Program creators on their first U.S. episode, in Chicago 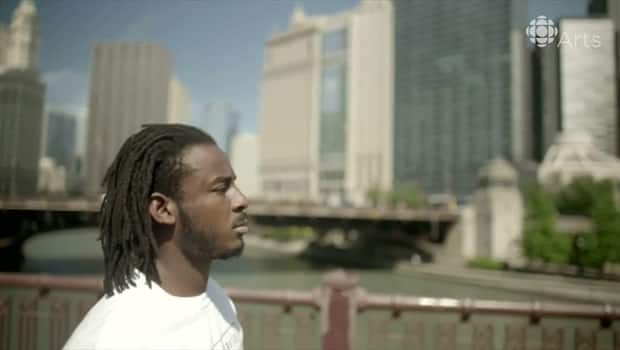 'America is resisting': Interrupt This Program creators on their first U.S. episode in Chicago

3 years ago
1:35
This week’s episode explores the diverse, politicized art scene responding to violence and segregation. 1:35

Interrupt This Program is a series that uncovers underground art scenes in cities under pressure and cities recovering from major traumas: war, political unrest, natural disasters or economic meltdowns. This Friday, the series goes to Chicago for its first episode from the United States.

What prompted this American episode? Series producer and co-creator Frank Fiorito identifies the catalyst as the 2016 U.S. election: "There's a big moment in history that happened between season 2 and season 3 and that is the election of Donald Trump." The creators say that the election "forced us to example our horizons and to challenge Interrupt This Program's concept."

"Right now America is resisting and we thought it was important to be there on the ground," says Fiorito.

However, it isn't just the Trump effect that provides the foundation for bringing Interrupt This Program to America. Karen Cho, who directed the Chicago episode, identifies the ongoing violence and systemic issues underpinning it as the basis of Chicago's fit into the Interrupt This Program concept. "Since 2003, there have been more American lives lost to gun bullets here than there have been in the Afghan and Iraq wars combined," she says.

Malcolm London, a poet, activist, educator and musician featured in the episode, views his city as a representation of the whole country. "Chicago to me is the perfect representation of America because of the blatant hypocrisy that it holds. Downtown, we have an extreme amount of wealth, and 10 miles in any direction you have young people being buried before they turn 13 years old."

The episode explores the city's violence "that's reaped on communities of colour" and the segregation that underpins the city through the lens of the "inspiring" art created in response. "You see people who have literally been ignored in their own country, in their own city," says Cho. Series creators Fiorito and Nabil Mehchi see a changing America reflected in this art: "There is a message of hope in this episode, that art trumps hate."

Art as political protest, as a means of survival, as an agent of change, as a display of courage and delight. Watch Interrupt This Program: Chicago this Friday November 3rd at 8:30pm on CBC TV and online and watch season 3 episodes from Mexico City, Jakarta and Nairobi now.