"Even in silence, we face discrimination."

‘Even in silence, we face discrimination’ 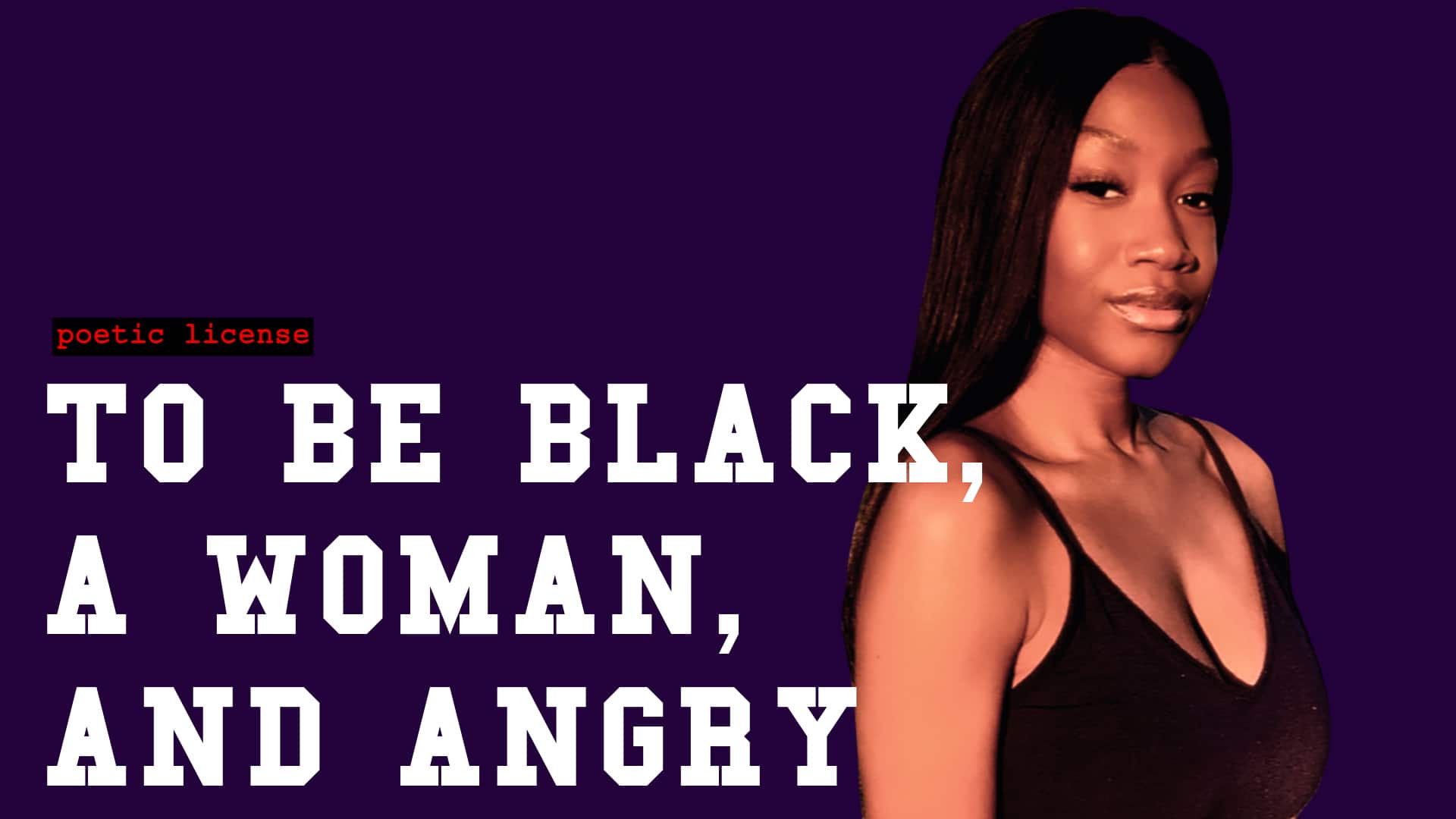 As the world around us grows more and more uncertain, four Black female poets speak their truth in the fourth season of the CBC Arts series Poetic License. Watch previous performances now and read MayaSpoken's poem below.

The stereotype of the angry Black woman is so pervasive it even has its own Wikipedia page. Despite having their activism labelled as "loud," and fearlessness to call out social inequities characterized as "angry," Black women and trans and non-binary folks have remained at the forefront of anti-oppression work.

Ottawa based poet MayaSpoken knows all too well what it means to be labelled as an angry Black woman, and it has fuelled her art: "For most of my life I have been conditioned to censor myself in expression of rightful anger. Myself, along with other Black women, grew up living in a world that not only worked against us, but expected us to be silent. The older I became, I learned that even in silence, we face discrimination."

But for Maya, writing this poem was not about re-branding, but instead leaning in to the essence of what it means to be a Black woman and stay loud because "the only way out of what we are facing is fighting our way through."

At 19, she started a spoken word showcase for women in Ottawa and founded You Tell 'Em Girl and Loud Black Girls – two initiatives meant to provide space for other women to be loud too. For more information check out her website and follow her on Instagram.

To be Black, a Woman, and Angry

They tell me to lose my attitude as if it isn't already encrypted into my DNA
They tell me to fear becoming the angry Black women as if she isn't already a part of me
Passed down after centuries and centuries
They want to white out the script that is my speech
so that the only thing others hear from me is how grateful I am for the opportunity
To perform but never to speak
Especially not
about what makes me angry
They told me to fear the angry Black women as if she is the monster under my bed
When really she is the mother that comes in to expose the real ones instead
I have smile lines from all of the years I spent covering up what I had been through
I was pushed shoved and built to believe that it is better to smile in the face of injustice
than to become what they were already labelling you:
Black, a woman, and angry.
I was taught to believe
that it is much better to be seen as the exception, the picture perfect token, than to demand change from a system that would rather see you broken

To be Black, a woman, and angry
is to understand the frustration of your complexion being non-existent in makeup kingdoms
it is to roll your eyes at the guys who suddenly are in love with Black women,
the same guys who used to spend their time disrespecting us on Twitter
To be Black, a woman, and angry
Is to know that these three things make up the recipe for a cake that everyone wants to taste but are afraid to bite into
Sometimes
my seat at the table is less of an opportunity to be heard and more of an opportunity for someone else to claim me as a token sitting in their purse
When I have the nerve to speak up
They say I ain't got no class
Truth is I'm the teacher making sure my peers know how to act

To be Black, a woman, and angry
Is to know what it's like to defend men who would rather bash you than celebrate you
It is the fear of wearing your natural hair to an interview
It is spending your childhood trying to look like other kids only to realize in your early 20s that you have always been picture perfect
The angry Black woman
Has attended more funerals than weddings and graduations
Has lost too many brothers to police or streets with no love for them after they bleed
Has been sexualized before she even knew what sex means
Was shown her curves before she was shown her worth