He just painted his first street mural — and he's only 12

Meet Oakland Galbraith, the youngest ever artist to be part of the Vancouver Mural Festival.

Meet Oakland Galbraith, the youngest ever artist to be part of the Vancouver Mural Festival 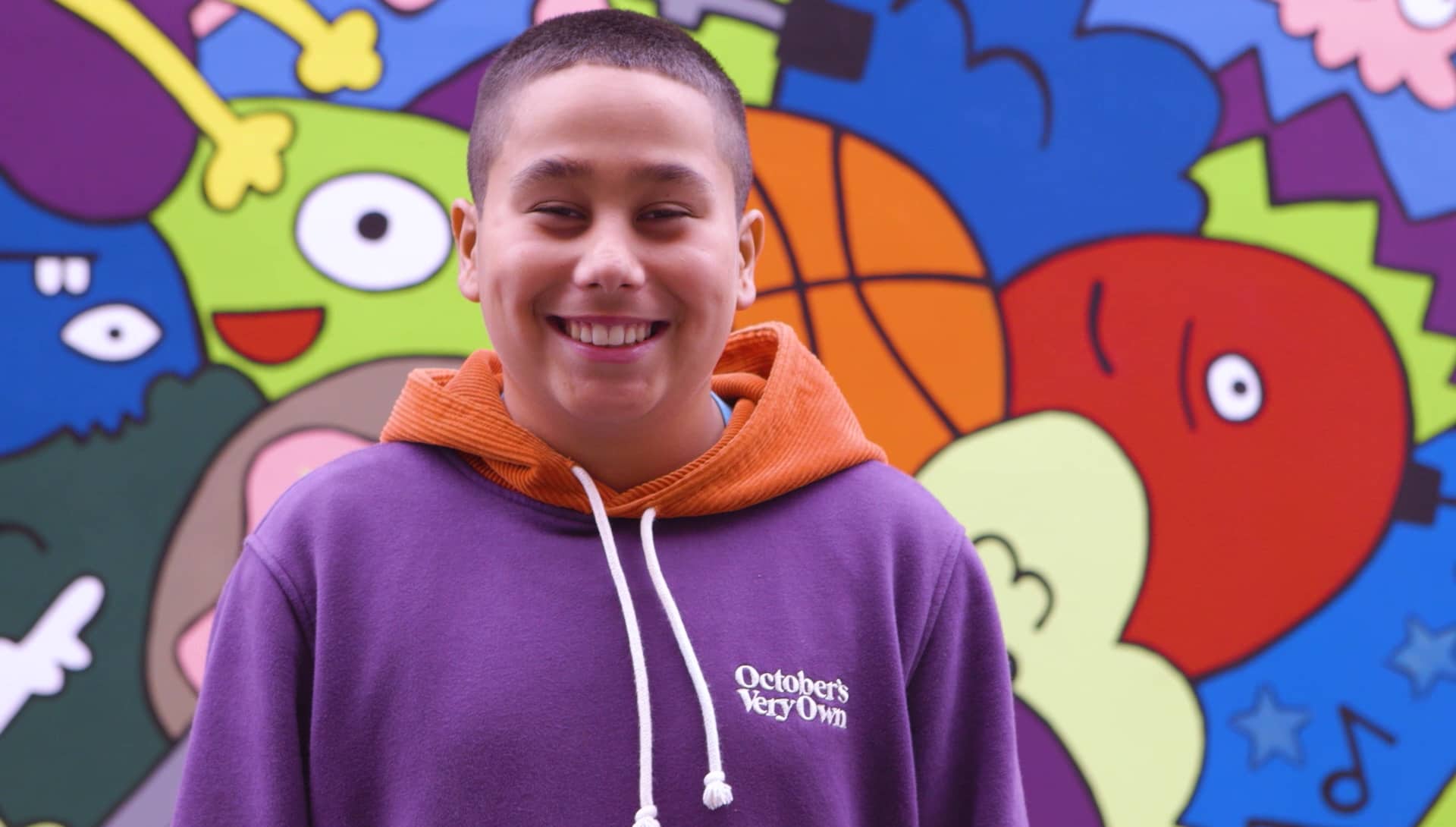 He just painted his first street mural — and he's only 12

14 days agoVideo
3:33
Meet Oakland Galbraith, the youngest ever artist to be part of the Vancouver Mural Festival. 3:33

With the closure of galleries, street art has been the eye candy satisfying a public hungry for art and culture. This story is part of a CBC Arts: Exhibitionists episode focused on street art's present during the pandemic and its future, streaming now on CBC Gem.

From his clothes to his colour palette, 12-year-old budding artist Oakland Galbraith lives as vibrantly as he paints. Earlier this year, he became the youngest artist ever to participate in the Vancouver Mural Festival. When he found out he was selected, he was very excited — and then became immediately stressed out about how to achieve that final image, a sign of a true artist.

He came up with an idea around protest and environmental sustainability. "The rocket is being powered by a bunch of people protesting for a greener and more inclusive future," Galbraith explains. "And then the rocket is leading them toward the future they want."

Check out this video by filmmaker Milena Salazar as Galbraith skateboards around Vancouver, touring his public art and visiting sites of inspiration.

The city just gives me so much inspiration, whether it's from murals or buildings — anything that's colourful, I like to put in my drawings.- Oakland Galbraith

Galbraith was raised in an artistic household. His older brother is a talented young filmmaker and his mother, Bree Galbraith, is a children's book author who taught at Emily Carr University of Art and Design. She introduced him to art and art history from a young age, which has helped shape his creative pursuits.

As Galbraith worked on the mural, observers on the street would chat with him over Slurpees, comparing his thick bold outlines and vivid compositions to the work of Jean-Michel Basquiat, Keith Haring and Takashi Murakami. No pressure at all. But for me, what makes Galbraith special — even more than his art itself — is how early in life he has already found purpose in his work. "This is the future I want," he says, "and I want to portray it in my art."

Watch CBC Arts: Exhibitionist's episode focused on street art during the pandemic and its future, streaming now on CBC Gem.