See his story and more in the award-winning Indigenous tattoo documentary This Ink Runs Deep.

This Ink Runs Deep features Indigenous tattoo artists across Canada who are reviving ancestral traditions that were taken away during colonization. Through the film, directed by Asia Youngman, we learn about the practices that were thought to be lost forever, and how their revival reflects a reawakening of Indigenous identity. Stream This Ink Runs Deep now on CBC Gem and worldwide on YouTube.

Tattoo artist Dion Kaszas is Hungarian, Métis and Nlaka'pamux and grew up in Salmon Arm, B.C, outside of his people's traditional territory — a situation he found difficult and alienating. "It was challenging to grow up outside of my ancestral community," says Kaszas, "because I didn't have connection to the land; I didn't have connection to those cultural teachings." 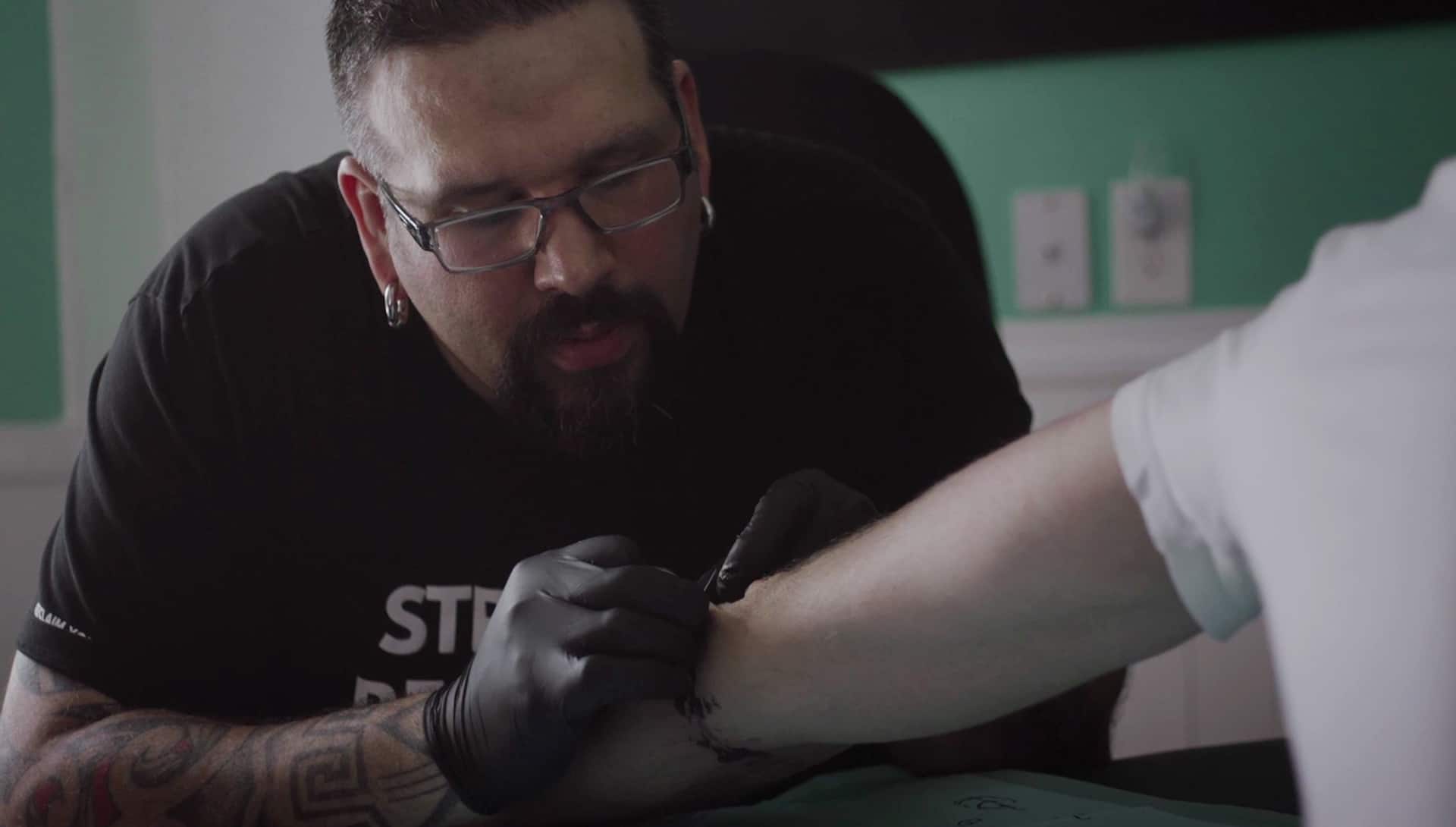 Kaszas has since completed a Master's degree studying the Indigenous tattoo revival, started the Earthline Tattoo Collective as a way to spread the historical knowledge of indigenous tattoo culture, and has now moved out to Nova Scotia to take a position as the coordinator of Indigenous Affairs at Acadia University — all helping to centre himself in his identity and bring the same help to others.

"For many years I felt off balance. The work of the revival of Nlaka'pamux tattooing has helped me to feel whole and make me stronger and firmer in my own identity as an Indigenous person and as an Nlaka'pamux person."

He sees this as a particularly acute difficulty for Indigenous youth and feels that reviving tattooing practices can help anchor them. "There is a reality for our youth that they're growing up in a world that is volatile; they're growing up in a world that wishes they weren't who they are as an Indigenous person," he says. "So the importance of sharing the revival of our tattooing traditions with our youth is a way to anchor them. We always talk about Indigenous tattooing as tattoo medicine. A lot of people think about medicine as something you take to make you feel better about something, and in a lot of ways that is what happens: whenever you need it, you can look down and know you are connected to generations of ancestors who prayed you into existence."

And through helping others, the practice is powerful and rewarding to Kaszas himself. "When I finish a tattoo that is talking about someone's dream — when I bring that dream to reality, it gives me a lot of joy and I feel very honoured that people trust me and entrust me with their bodies. They trust me with their dreams, their aspirations and their hopes. And so it is a very humbling experience."

Stream This Ink Runs Deep on CBC Gem or worldwide on YouTube.