Film 101: This is the most physically demanding job on set (after being a stunt performer)

On set, nobody's moves are smoother. Meet the steadicam operator in today's lesson of Film 101.

On set, nobody's moves are smoother. Meet the steadicam operator in today's lesson of Film 101 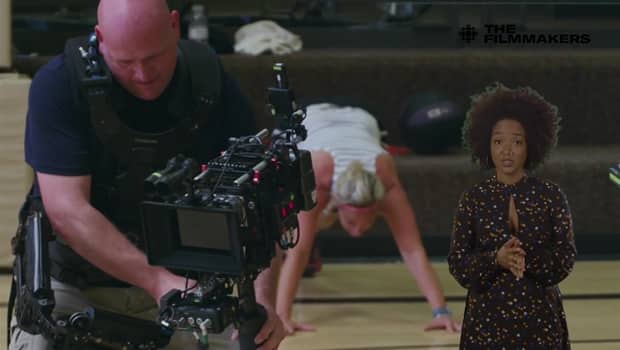 3 years agoVideo
1:06
How do filmmakers capture movement all the time? It's all thanks to the steadicam operator. 1:06

The world just doesn't look the same when it's seen through a movie camera. For one, when was the last time you saw anyone anywhere near as pretty as Ryan Gosling or Rachel McAdams walking down the street? But that's not the only thing we're getting at. Think of what happens when you try to record a video while you're walking around. The footage is usually so nauseatingly shaky you'd never even post it to Instagram. So how do filmmakers capture movement all the time — keeping pace with Rocky as he climbs the Philadelphia Art Museum's steps, or running circles around Jackie Chan all while dodging his roundhouse kicks? Leave it to the steadicam operator.

On set, they're usually the easiest people to ID. Their signature tool — the steadicam — is the contraption that makes smooth action shots possible, and to use it, steadicam operators typically wear harnesses, or vests, connected to all their gear. It makes the job very physically demanding. While wearing it, your whole body becomes the camera — every motion will influence the shot.

On today's lesson in Film 101, Amanda Parris introduces you to these behind-the-scenes players.

Watch The Filmmakers this Saturday at 9 p.m. (8:30 NT) on CBC Television, or stream it at cbc.ca/watch. After the episode, stick around to see this week's feature presentation, Rebelle.