Groundwork Sessions Crew began in Whitehorse more than a decade ago and the breakdancing group has taken their moves to a global level.

From the Olympics to the Junos, Whitehorse's first b-boy crew is making waves 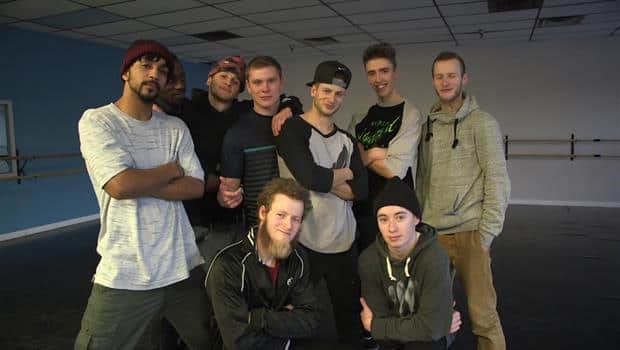 The long winters of Whitehorse are an unlikely backdrop for a young breakdancer, but that's how Nick Robinson got his start.

"We were isolated so we didn't have a ton of outside influence," Robinson recalled in the above segment for Exhibitionists.  "So we did what we thought was right or what we wanted."

That meant often developing their freestyle in drifts of snow, though those efforts paid off. Now 27-years-old, Robinson is now the founder of Groundwork Sessions Crew (GWS Crew), a group that has performed at international competitions in the Netherlands, Switzerland and the United States. They also presented  at the 2010 Vancouver Olympics and the 2015 Juno Awards, and won the 2013 edition of House of Paint — a hip hop competition in Ottawa.

Many of the original members now live in Ontario, where Robinson attended the University of Toronto for Physical Education and Kinesiology. But the connection to Whitehorse is still strong.

"We're a crew and we dance and break together but what it really comes down to is that we're a family," he said.

They regularly return to Whitehorse to dance together and teach classes at a local dance studio, Leaping Feats Creative Works.