Why is The Little Prince the most translated non-religious text ever? A new doc finds its heart

In his new documentary, Charles Officer gives you a glimpse into what makes The Little Prince so special — and why it still means so much to him today.

In his new documentary, Charles Officer gives you a glimpse into what makes The Little Prince so special

The Little Prince is a short novel about a displaced boy from another planet who forms close friendships and negotiates sadness — all weighty concepts for tiny readers. It's the kind of book you get something different from reading as a kid than you do as an adult. It's also the most-translated non-religious text ever (just to give you a sense of how much it's meant to a lot of people).

In his new documentary produced in collaboration with the CBC called Invisible Essence: The Little Prince, Charles Officer looks at the way the 1943 book by Antoine de Saint-Exupéry has traversed decades and cultures to remain an evocative tool for learning about your own heart. And he introduces Sahil, a young boy who finds his own way through The Little Prince. 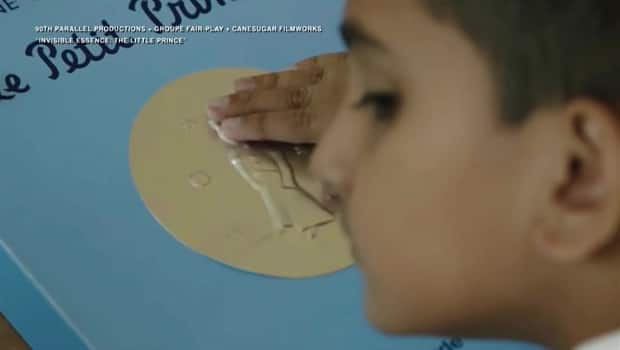 2 years agoVideo
5:02
Filmmaker Charles Officer goes looking for what has made The Little Prince a book that's resonated with people for decades. Filmmakers: Istoica. 5:02

In this video made by filmmakers Istoica, Officer gives you a glimpse into what makes The Little Prince so special — and why it still means so much to him today. As he explains: "This book resonated with me from the first time I read it when I was 21, and I just felt that in our time right now it wouldn't hurt for us to revisit this book. And I believe when it comes full circle, it is about our connections and our relationships that matter the most."