What happens when all the whales are gone? This PEI pageant conjures a more optimistic future

The community of New Glasgow comes together in this piece of outdoor community theatre.

In a rural community, talking about the effects of farmin​g and fishery on the health of the rivers and oceans can be a touchy subject. That's a significant part of why River Clyde Pageant co-creators Megan Stewart and Ker Wells wanted to create a dialogue about the health of the waters in a way that was celebratory and inspirational rather than didactic or polemical. 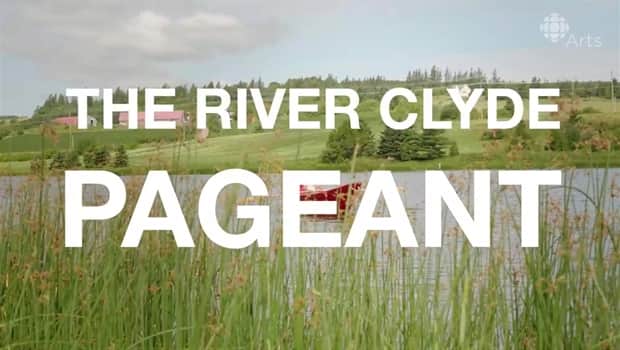 Wells and Stewart met while teaching and studying (respectively) theatre at Simon Fraser University, and in 2016 they decided to return to their home province of Prince Edward Island to start the River Clyde Pageant. Since then, the Pageant has grown to a yearly seri​es of community workshops and performances with over a hundred artists, community members and volunteers. The pageant features giant puppets, stilt walkers, choreography, and music created and performed by community members and artists.

In this video, Wells and some of the pageant players take you through the event that brings in hundreds of spectators — quite the feat, considering that the village of New Glasgow has a population of only a few hundred to begin with.

This year, the Pageant featured a large right whale pupp​et in response to a controversy in the Gulf of Saint Lawrence: the fishing area closures that were put in place to protect the North Atlantic right whales. There is believed to be fewer than 450 individuals of this endangered species left. As Wells puts it, right whales are a "particularly potent example of the choice we have about how we want to live, what we want the world to look like in 10 years, or 20 years or 50 years. Do we want to live in a world where whales only exist in our imagination?"

In a world of increasing environmental uncertainty, the River Clyde Pageant aims to explore the ways that art can inspire change and foster conversation.

This short doc is the first part of a trilogy about community-created performances in P.E.I. including the March of the Crows and a profile of artist Megan Stewart.

Ashley Duong is a Montreal-based filmmaker and multimedia storyteller. Her most recent projects include Land and Legends, an interactive journey into a legendary river valley in Borneo, and A Time To Swim, a feature documentary.