What does it feel like inside the mind of someone with bipolar disorder? This play gives a glimpse

Brad Necyk's play Stormshelter gives you a compassionate look into the experience of living with bipolar disorder.

A few months ago, artist and doctoral candidate Brad Necyk opened up to us about a manic episode he had after a research trip. Living with bipolar disorder has meant that along with having insight about the experience, he also lives it from the inside. And that's exactly what he's hoping the audience takes from his recent play Stormshelter, which follows a woman with the disorder through a particularly intense moment in her life.

In this video by filmmaker Tamarra Canu, you'll catch up with Necyk during rehearsal of the play in Edmonton. Then, Stormshelter headed to Toronto where it was performed as part of the Rendezvous with Madness Festival in a very small space, adding to the immersive experience of being inside the mind of its protagonist. 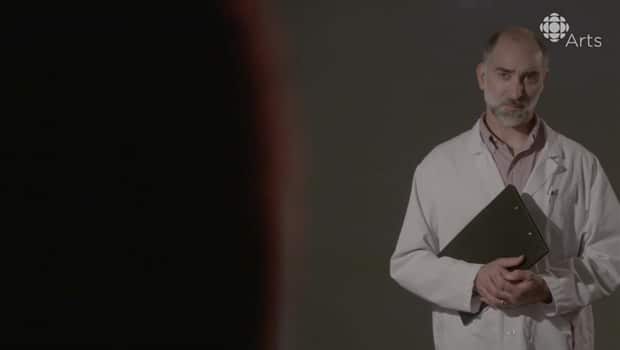 2 years ago
4:56
Brad Necyk, playwright of Stormshelter, uses his new work to take you inside the mind of somebody coping with a psychiatric condition. Filmmaker: Tamarra Canu 4:56

Necyk points out the difficulty of using his own and others' stories to talk about mental health and the system that is supposed to support it. He says: "It's difficult to be critical of something that they feel intensely passionate about." And he hopes the play makes a difference not only to patients but to the larger conversation about living with the disorder.

"I wish that we could talk about some of the other important factors that go into the experience of illness and, specifically, living with an illness for the rest of your life. When you go in and you just have these conversations, you just get a prescription refill and it's just a real difficult thing to go through alone. In certain other chronic illnesses, you maybe get a little help and guidance and insight into how to navigate that throughout your life."