Afrochic is more than just a fashion show — it's a celebration of African-Canadian culture started after its creators saw limited spaces speaking to their experiences. 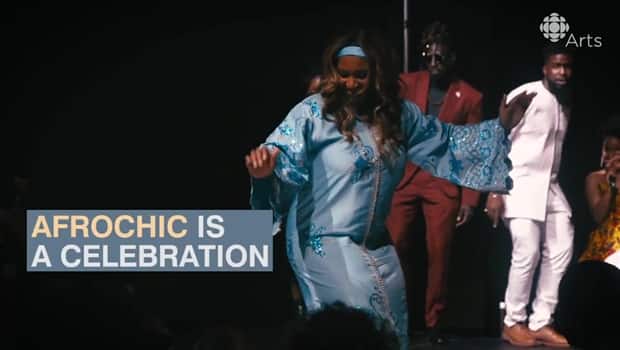 When the creators of Afrochic dreamed of the type of city they wanted to live in, they realized something was missing. Toronto was filled with a strong black artists and entrepreneurs, but they existed in silos and didn't always have the avenues to connect with each other.

The founders wanted to create a multi-faceted space that celebrated the vibrant culture and artistic expression of the African-Canadian diaspora. As executive producer Amoye Henry put it: "We still saw very few and limited spaces that were speaking to our Afropolitan experiences — so naturally, we created a space for ourselves." So in 2010, Afrochic was born.

After a successful five-year run, providing a platform for many underrepresented artists, they hosted what seemed like it would be the final show. But now, following two years of hiatus, the event — which has featured over 30 black designers from across Canada, as well as numerous musicians, spoken word performers, visual artists and dancers — has re-emerged to continue the important work that had been started.

Hosted by CBC Arts' own Amanda Parris and headlined by Grammy-nominated musician Jidenna, the night featured a multitude of artists from aerial silk dancers to spoken word poets to body painters — and it became clear that the event had returned not a minute too soon.

Special thanks to Dwayne Holness at Corex Creative for the footage!