In 1970, revered experimental composer Pauline Oliveros wrote a piece called "To Valerie Solanas and Marilyn Monroe in Recognition of Their Desperation." The work referenced Monroe, whose talent may have been somewhat eclipsed by her objectification, and Solanas, an impassioned figure who shot Andy Warhol. Oliveros saw both figures as "desperate and caught in the traps of inequality."

The appeal of this composition to Toronto experimental music collective Public Recordings may have been in the moment in which it was written. Public Recordings producer Christopher Willes notes: "We wanted to bring this piece to people now because the moment that it was created — 1970 — was a moment of conservative backlash to many things. In many ways, we're living through what feel like similar time politically, socially, and doing this piece because it's about people finding, in real time, new ways of being together and new ways of organizing themselves." 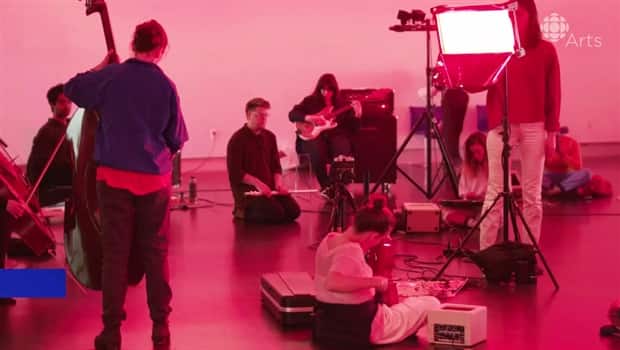 A Toronto collective brings new life to a 1970 experimental composition

1 year ago
4:35
Pauline Oliveros's 1970 work To Valerie Solanas and Marilyn Monroe in Recognition of Their Desperation gets a re-staging by experimental collective Public Recordings. Filmmaker: Istoica 4:35

As you'll see in this video made by Istoica, organizing an experimental music performance is not the simplest task. So hand signals, flashing and steady lights and a strong sense of community become guiding principles for the re-staging of Oliveros's work — which becomes even more loaded as it's performed in the Council Chamber of Toronto City Hall.

To Valerie Solanas and Marilyn Monroe in Recognition of Their Desperation was presented by The Music Gallery. Follow Public Recordings here.