Step into the world of Aayuraa Studio and its founder Mathew Nuqingaq — one of the newest appointees to the Order of Canada.

Step into the world of Aayuraa Studio and its founder, Order of Canada appointee Mathew Nuqingaq 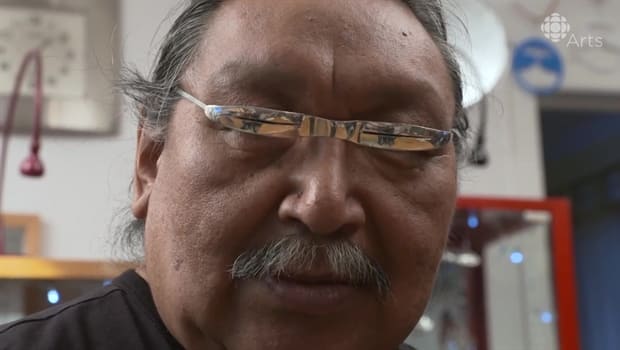 4 years ago
4:26
Meet the jewelers who turned a little shack in Iqaluit into a warm studio producing surprising pieces 4:26

When Mathew Nuqingaq first saw the building that would house Aayuraa Studio, he says it was a "little old shack." After gutting it and filling it with his fellow artists including Dan Wade and Barbara Akoak, the structure's become a warm home for innovative Inuit jewelry designs that are traveling the world.

CBC Arts correspondent Anubha Momin visited Aayuraa Studio to find out how Nuqingaq fell in love with his craft and see the snow goggles that gave the studio its name. You'll also meet Wade and Akoak — whose joy from working as part of Aayuraa is infectious.

The world is more open to us now.- Mathew Nuqingaq

Mathew Nuqingaq was just named to the Order of Canada along with fellow Nunavummiut artist Tanya Tagaq.

Anubha Momin is a writer, performer and digital specialist who splits her time between Iqaluit, Nunavut and Toronto, Ontario. Her blog, Finding True North, covers everything from how-to guides to interviews with the Prime Minister to Northern music reviews, taking a hyper-local approach that appeals to her Nunavut base as well as national readers. You can see her other work for CBC Arts here.