In anticipation of this week's 'Anne' premiere, we visited Amybeth McNulty on set to hear about how 'Billy Elliot' inspired her as a young actress.

For Amybeth McNulty, it's all about 'Billy Elliot' 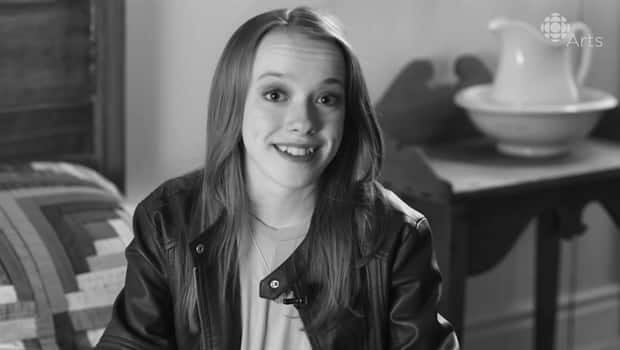 4 years ago
2:07
We visited Amybeth McNulty on the set of 'Anne' to hear about how 'Billy Elliot' inspired her as an actress. 2:07

After a worldwide casting call that saw over 1,800 young women try out for the title role of Anne Shirley in the new television series, Anne with an E, Irish-Canadian actress Amybeth McNulty landed the part of Lucy Maud Montgomery's spirited redhead. So naturally, before Anne premieres this Sunday, we wanted to find out more about the 15-year-old poised to become the Anne of a new generation.

In this video filmed on the set of Anne's bedroom in Green Gables, Amybeth McNulty tells us how the experience of seeing Billy Elliot the Musical inspired her as a young actress, and shares the one song that explains how she feels when she performs.

Mercedes Grundy has been producing videos for CBC Arts and Exhibitionists since 2015. She is a unabashed Leonardo DiCaprio enthusiast with an educational background in photography, and produces film and theatre when not busy here at the CBC. And while her love for the arts does not discriminate, she openly acknowledges she is a horrible dancer.