It's Toronto Pride weekend, and Grand Marshal Vivek Shraya is letting you in on the relationship that's been inspirational for her art and her life.

"Getting to take up space as a brown, bi, trans person feels like an amazing and wonderful gift" 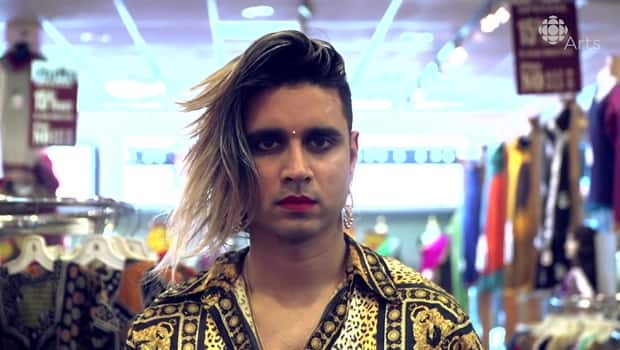 4 years ago
4:39
In this segment, artist Vivek Shraya discusses her relationship with her mother, masculinity, and Toronto Pride. 4:39

Pride Toronto is about inclusiveness and celebration. And for one of its Grand Marshals, Vivek Shraya, it offers a different view of Pride than she might have had just a few years ago.

In this segment, meet Shraya and be introduced to her multi-dimensional, genre-spanning art. Director Alanna Stuart caught up with her in the final weeks of getting ready to take a position of honour at Toronto Pride Week, and Shraya opened up her relationship to masculinity and how her mother has been a primary inspiration for so much of her work.

In one project, Shraya took old photographs of her mother and recaptured them, except this time using herself as the subject. It was intended to honour both her mother and the daughter she wasn't allowed to want.