Toronto filmmaker Qais Pasha didn't know his dad that well. But he found a new understanding of his father's life through discovering the drawings he left behind. 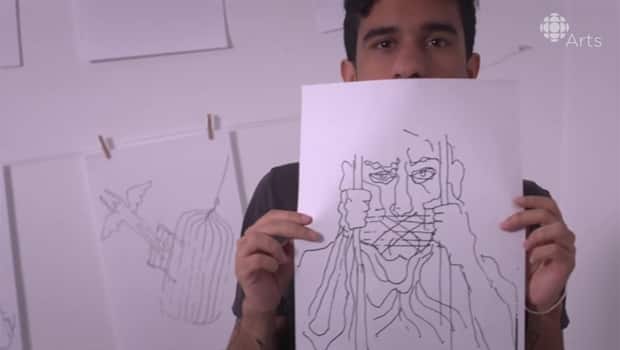 4 years agoVideo
4:32
Toronto-based filmmaker Qais Pasha didn't know his dad that well. But the 126 drawings his father left behind gave him compassion and a new understanding of his father's life 4:32

It's a sad reality that we often don't know our parents that well — whether through estrangement, geography or a simple inability to find common ground. Hopefully, we find some resolution before we lose them. But for Toronto-based filmmaker Qais Pasha, a greater understanding and compassion for his father came after his dad passed away. And much of that was based on the stash of 126 drawings that Pasha's father had in his apartment, hidden away, waiting for Pasha to find them as he sorted through the belongings left behind.

Finding those drawings transformed the way Pasha thought about his dad. In this moving video, Pasha finds a way for his father's drawings to escape the confines of his apartment and his difficult life. And if you go looking in the alleys and streets of Toronto today, you may still find them.

Qais Pasha is a Pakistani-Canadian filmmaker. He grew up in Pakistan and immigrated to Ontario as a teenager. He has directed two documentaries, Abu + Ami and Pardah. He is currently a fourth-year film student in Ryerson University's film BFA program.