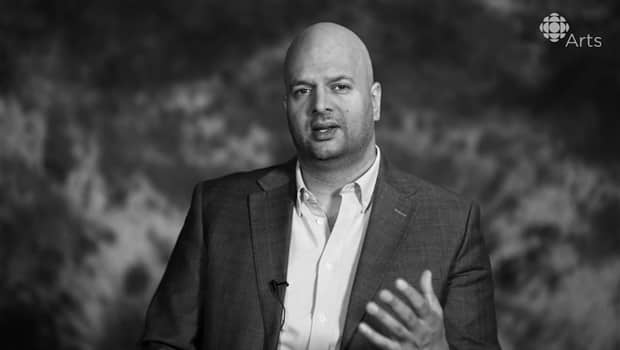 4 years agoVideo
2:02
One fateful day, actor and comedian Hassan and his wife went to see the play Burq Off! in Toronto -- and the experience changed his life. 2:02

Actor and stand-up comedian Ali Hassan admits that he doesn't see a lot of theatre. But one fateful day, Hassan and his wife went to see a play in Toronto — and the experience changed his life.

The play was a one-woman show called Burq Off!, written and performed by Nadia P. Manzoor. Over the course of the show, Mazoor plays 21 characters that explore her experiences — from funny to poignant — growing up in a British-Pakistani community in the 1990s.

Hassan saw the play at a time when he was questioning bringing jokes about his ethnicity and background into his stand-up show. Manzoor's performance was an inspiring example for Hassan of how you can make your personal story funny — and how others can relate to it regardless of their own experience.

Between touring his own solo show Muslim Interrupted, hosting CBC Radio's Laugh Out Loud and taking on hosting Canada Reads from March 27-30, Hassan stopped by our CBC Arts studio to tell us about the play that changed his life.