Her father overdosed. These photos are her powerful tribute

For Vancouver-based photographer Jackie Dives, the opioid crisis is much more than a statistic: it is the epidemic that claimed her father's life.

This video contains an image that may be upsetting to some viewers. Viewer discretion is advised.

According to the B.C. Coroners Service, over 1400 people died from an illicit drug overdose in British Columbia in 2017 — an increase of 43% from the year before. But for Vancouver-based photographer Jackie Dives, the opioid crisis is much more than a statistic: it is the epidemic that claimed her father's life.

"When I found out about my dad's death from an overdose, I immediately went to my camera for support," she says. "There was never even a consideration to take 'normal' photos — it was instinctively going to be double exposures. I didn't think about it too much; I just started shooting them." 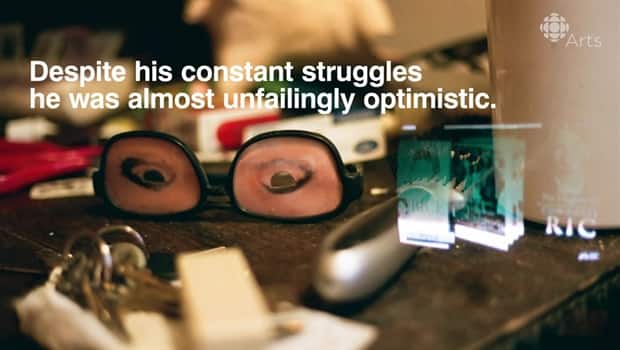 Story Behind the Photo: Jackie Dives

For the photo series, titled "A Room for the Pain," Dives re-visited the places she had gone to with her father to document her grief. There was The Murray Hotel, the single-room-occupancy building where her dad died; there was his storage locker. She visited places that reminded her of him to reconnect with his memory.

It was a deeply sad and confusing time for her, so she turned to something familiar — photography — as a way to heal and move through her complex emotions. "For the first time I was able to use the camera to accurately depict what was happening for me on the inside. I was shooting inward, instead of outward, and the resulting images feel accurate."

But beyond just working through her own mourning, she hopes the photos can also help change the stigma around addiction.

"These photos are a departure from the stigmatizing, single-narrative images that are commonly associated with this issue," she says. "I hope this series will guide people toward thinking about drug use through a lens of harm reduction and human rights. I want this series to be used to support drug users and change laws in a way that is more reflective of the realities of addiction."

While the imagery in this series is deeply personal, Dives ultimately hopes that her dad's story and this photo series can become a catalyst for change in the opioid overdose crisis. "Not all people who die from an overdose are 'addicts.' I think the world likes to put people in 'addict' or 'not an addict' categories. And for the most part, if you fall into the 'addict' category, the world feels like they can ignore you." But the reality of these emotional photographs is hard to ignore.

See more photos from the series:

This project was supported by The Uncharted Journalism Fund.