Four months after it won him the Grand Prix at the Cannes Film Festival, the Montreal filmmaker's sixth feature is hitting Montreal and Toronto theatres.

The Montreal filmmaker's sixth feature opens in theatres this week 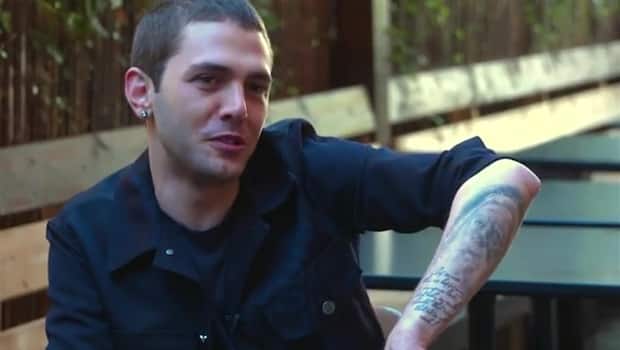 4 years agoVideo
1:28
Canadian actor and filmmaker Xavier Dolan sits down with CBC Arts to talk tattoos on the day of the North American premiere of his latest film, It's Only The End Of The World. 1:28

This week, Xavier Dolan is bringing the end of the world home to Canada.

Four months after it won him the Grand Prix at the Cannes Film Festival, the Montreal filmmaker's sixth feature, It's Only The End of the World, is hitting Montreal and Toronto theatres. Adapted from the Jean-Luc Lagarce play, the film features French actor Gaspard Ulliel as a terminally ill writer returning home to his family after a long estrangement to tell them he is dying. Its homegrown release gives Canadians an opportunity to once again be inspired by one of their country's most internationally acclaimed filmmakers. But what inspires Dolan himself?

The 27-year-old has as many tattoos as he has had birthdays, including one for each of the films he's completed (the rest, he's sad to admit, have resulted from broken hearts). Of them, a mighty few — including the one he got for his latest film — pay homage to something that means "everything" to Dolan: Harry Potter.

Dolan explains his Hogwarts-ian inspiration in this clip produced by CBC Arts.

It's Only The End of the World. Directed by Xavier Dolan. Opens Wed, Sept 21 in Montreal and Fri, Sept 23 in Toronto.