Both anonymous and ubiquitous, the French artist known as JR considers the world his canvas. He began as a graffiti artist as a teen, and today is responsible for hundreds of monumental street art installations in communities around the globe. 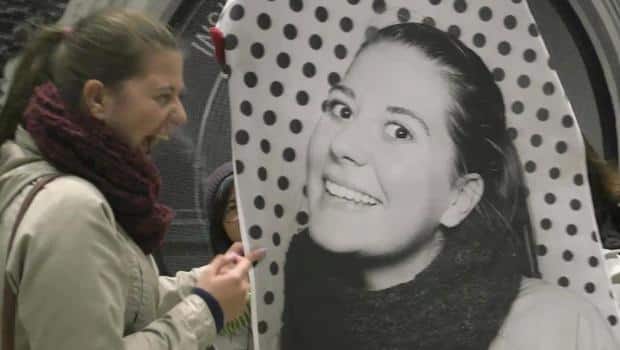 JR's Inside Out Project at Toronto's Nuit Blanche

5 years ago
2:53
World-renowned French street artist JR brings his Inside Out project to Toronto's Scotiabank Nuit Blanche. The community is invited to have photos taken of themselves and pasted around City Hall. 2:53

Both anonymous and ubiquitous, the French artist known as JR considers the world his canvas. He began as a graffiti artist as a teen, and today is responsible for hundreds of monumental street art installations in communities around the globe — typically mass groupings of black and white images of local people, wheat-pasted on sidewalks and walls. In 2011 he was awarded the TED Prize, with his wish to change the world with art. He used the prize money to start an ongoing project called Inside Out – a mass participatory art project that he has since staged in over 120 countries around the world, most recently in Toronto as part of the 2015 Scotiabank Nuit Blanche.

Weeks before the event, roaming photo booth trucks hit the streets capturing images of Torontonians which were pasted in locations around the city, culminating the night of Nuit Blanche in front of Toronto's City Hall. Over the course of the 12-hour, all-night event, a huge spiral of photos developed in the middle of Nathan Phillips Square to the delight of thousands.

We filmed with JR at a talk he gave during Nuit Blanche, where he explained that Inside Out is not really about the photos themselves.