Ever own a dream notebook? Andrea Wan turns hers into haunting artworks

The Canadian illustrator is living in Berlin right now, and she's showing you how she turns her dreams and her German surroundings into eerie paintings.

Canadian illustrator Andrea Wan has been living in Berlin for a little while. To find inspiration for her otherworldly paintings and cut-out paper pieces, she looks two places: to her dreams, which she often doodles out in a sketchbook, and to the landscape of Berlin itself. 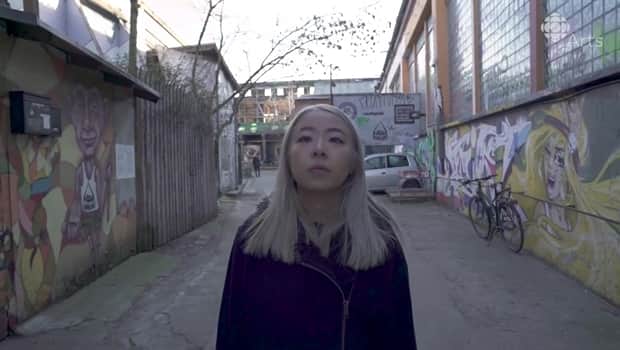 3 years ago
4:05
The Canadian illustrator is living in Berlin right now, and she's showing you how she turns her dreams and her German surroundings into eerie paintings. 4:05

Wan often strolls around a botanical garden in Berlin (renowned for its giant cacti, FYI) and draws the foliage roughly in her sketchbook. When she gets back to her studio, a trendy creative space in the heart of the city, she works her magic: she uses her favourite technique of ink on paper to create a dreamlike universe where organic shapes mingle with human elements and funny-looking animals.

In this video, you get a mini tour of Berlin as Wan takes you from her dreams, to the sketchbook, to her Berlin haunts — all in service of making her quizzical, eerie, fun illustrations.

Thomas Szacka-Marier is a Montreal-based director and cinematographer with a deep passion for documentary filmmaking. His short film Follow the Tide, about a group of fishermen in Senegal, was selected in many festivals and was broadcasted on TV5 Monde. He also directed FONKi World, a web documentary about a Canadian street artist exploring his Cambodian origins.