Despite the struggles that come with her dementia, Tony and Elia are growing closer than ever through their touching photo series.

Despite the struggles of dementia, Tony and Elia are growing closer than ever through their photo series

When Tony Luciani learned that his mom Elia had been diagnosed with dementia five years ago, he was overwhelmed with emotion. "I remember having to repeat the answers over and over again as if it's the first time that she's ever asked the question," he recalls. "I'd have to answer repeatedly and I did every single time as if it was the first time."

For a while, there was a disconnect between the two. "She was just sitting when she moved in with me," he says. "The only connection were at mealtimes, and I felt really badly." But that all changed when Elia unexpectedly photobombed Tony while he was practicing with a new camera. 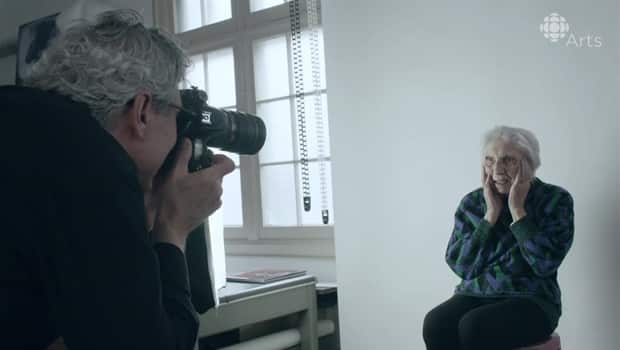 Tony became inspired to transform what was becoming despair and pain into joy and memories.

For four years, Tony began documenting his mom's journey through dementia in a series called "MAMMA: In the Meantime." The two made photographs at Tony's home studio in Durham, Ont. The photos, mainly black and white, are a visual representation of what it feels like to live and battle with dementia. Others within the series depict a playful side — the stories from Elia's childhood she would tell her son that they would recreate. In this video (made in collaboration with Mercedes Grundy and Lucius Dechausay), you'll get to sit in on the process and watch the beautiful bond between a mother and son.

Now at 96 years old, Elia's memory is slowly diminishing. After speaking many languages, she has reverted to only speaking Italian and doesn't remember the majority of her life. But these photos are a way to keep some memories alive.

"I want her to know that people around the world are affected by it and regard her in a certain way as a symbol of what we're doing for dementia and Alzheimer's."

Tony Luciani will be hiking the Camino Frances in Spain this September and October to raise funds for the Alzheimer Society. Follow him on Instagram here.

See more photos from the series:

Kiah Welsh is a digital video producer at CBC Arts. She loves to travel and owns over a hundred pairs of sneakers.