For Toronto galleries Blank Canvas and 187 Augusta, one of their most important shared goals is bigger than the art itself: it's about creating a safe space.

For these Toronto galleries, it's bigger than the art itself: it's about creating a safe space 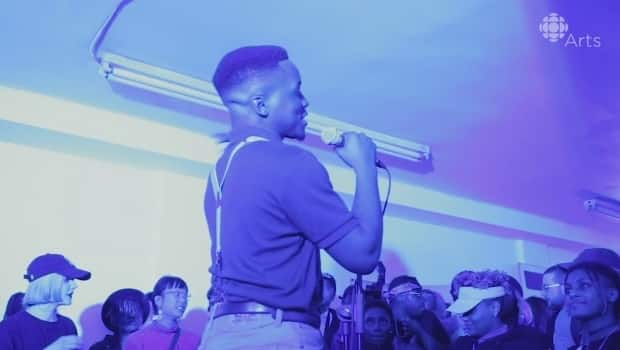 4 years ago
4:06
"These places are our home." CBC Arts correspondent April Aliermo talks to two DIY art hubs that are also safe spaces for marginalized artists. 4:06

A few months ago, we wrote about DIY art spaces that were quickly disappearing. Now, correspondent April Aliermo is showing us exactly why they're so important.

Aliermo is headed to two thriving spaces for artists in Toronto: Blank Canvas and 187 Augusta, the latter of which is based in Videofag's old home. For both galleries, one of their most important shared goals is bigger than the art itself: it's about creating a safe space.

187 Augusta founder Cathleen Calica says, "This space is for women of colour, people who are marginalized...I need it and my community needs it." And Just John of Blank Canvas echoes the sentiment: "There can be those prestigious galleries out there, but there needs to be places where artists can feel safe, artists can feel comfortable, artists can grow. And DIY spaces serve that need."

In this video, you'll see what goes on inside these community hubs and get a sense of how much they mean to the people who frequent them. It's a powerful argument for the essential role that DIY spaces play in the wider art landscape. As Just John emphasizes: "These places are our home."

Dead Poet, a spoken word and open mic event, happens at Blank Canvas on June 15. And FAM jam (a community potluck) is on at 187 Augusta on June 18.

April Aliermo is a Filipinx-Canadian musician, songwriter, entrepreneur and educator based out of Toronto. She plays bass and co-writes music and lyrics for Hooded Fang and Phèdre. She strives to build conscious communities while having the time of her life.