Chance vs. Kanye? Lena Waithe weighs in on this and other pressing issues in our cultural speedround

The multitalented writer, producer and actor sat down with Amanda Parris for CBC Arts' cultural speedround.

The multitalented writer, producer and actor sat down for CBC Arts' cultural speedround 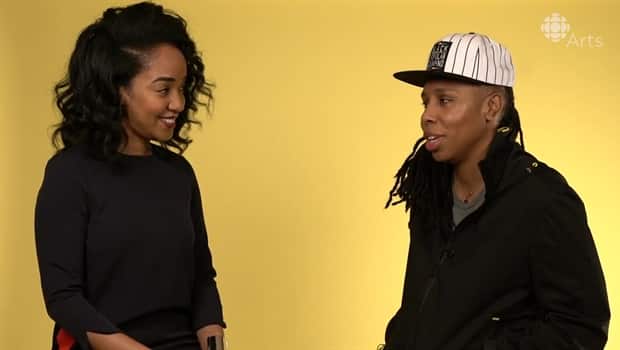 Chance vs. Kanye? Lena Waithe weighs in on this and other pressing issues in our cultural speedround

3 years ago
2:41
Writer, producer and actor Lena Waithe sat down for the CBC Arts "cultural speedround" to answer some burning questions about TV, film, music and her new show, The Chi. 2:41

If you think Lena Waithe had a big year in 2017 (she won an Emmy for co-writing the "Thanksgiving" episode of Master of None, in which she also starred), 2018 is shaping up to be a another major one for the actor, producer and TV writer.

Not only is she acting in Steven Spielberg's new sci-fi film Ready Player One that's coming out in March, she also created, wrote and executive produced her own drama series, The Chi, which launched in January. (And that's only the first three months of the year!)

As you can imagine, we had a lot of questions for Waithe, who seems to effortlessly shift between her triple threat talents of writing, acting and producing. What's the best book on TV writing? What's her favourite Spielberg movie? Kanye or Chance?

Waithe, who hails from Chicago (the city at the centre of The Chi), sat down for a cultural speedround with our CBC Arts: Exhibitionists host Amanda Parris to answer all of our burning questions — and give some insightful recommendations.