For decades, Keith Wolfe Smarch has been carving. But what matters most to him is spending time in the Yukon working with his son.

Keith Wolfe Smarch and Aaron Smarch are the "carvers of Carcross" 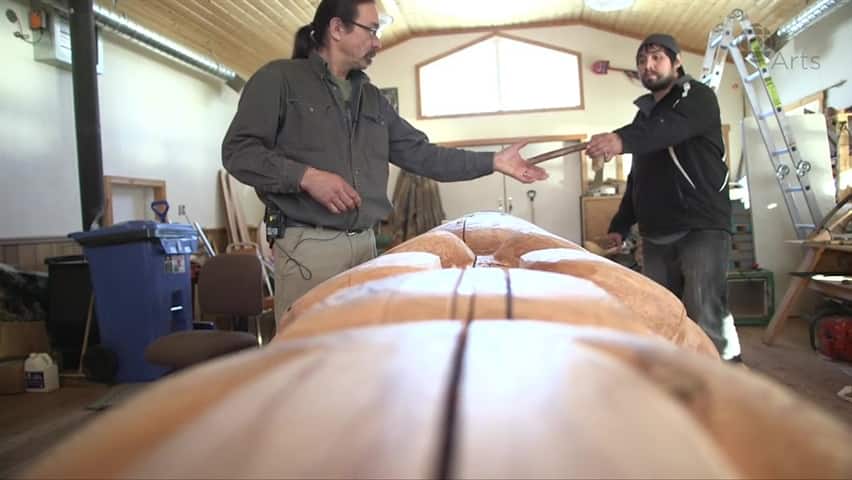 5 years ago
4:35
In this short documentary from the Yukon, Keith Wolfe Smarch, who has received international accolades for his carving, is working on a totem pole with his son, Aaron. 4:35

For decades, Keith Wolfe Smarch has been carving. He has had international exhibitions in Switzerland, Japan and Australia, and even made a piece that Prince Charles loved so much he added it to the Buckingham Collection. But what matters most to him is spending time in the Yukon working with his son.

As a child, Aaron Smarch watched his father as he carved for hours on end. Soon enough, he picked up a carving knife himself. His father says he has natural talent at this art and now the two tackle projects together, including extraordinary totem poles.

In this short documentary directed by Heidi J. Loos and produced by CBC's Stephanie Matteis, the two carvers in Carcross, Yukon share what it takes to create works of art that tower dozens of metres high.