Smith revisits her first original choreography on her family land.

Smith revisits her first original choreography on her family land 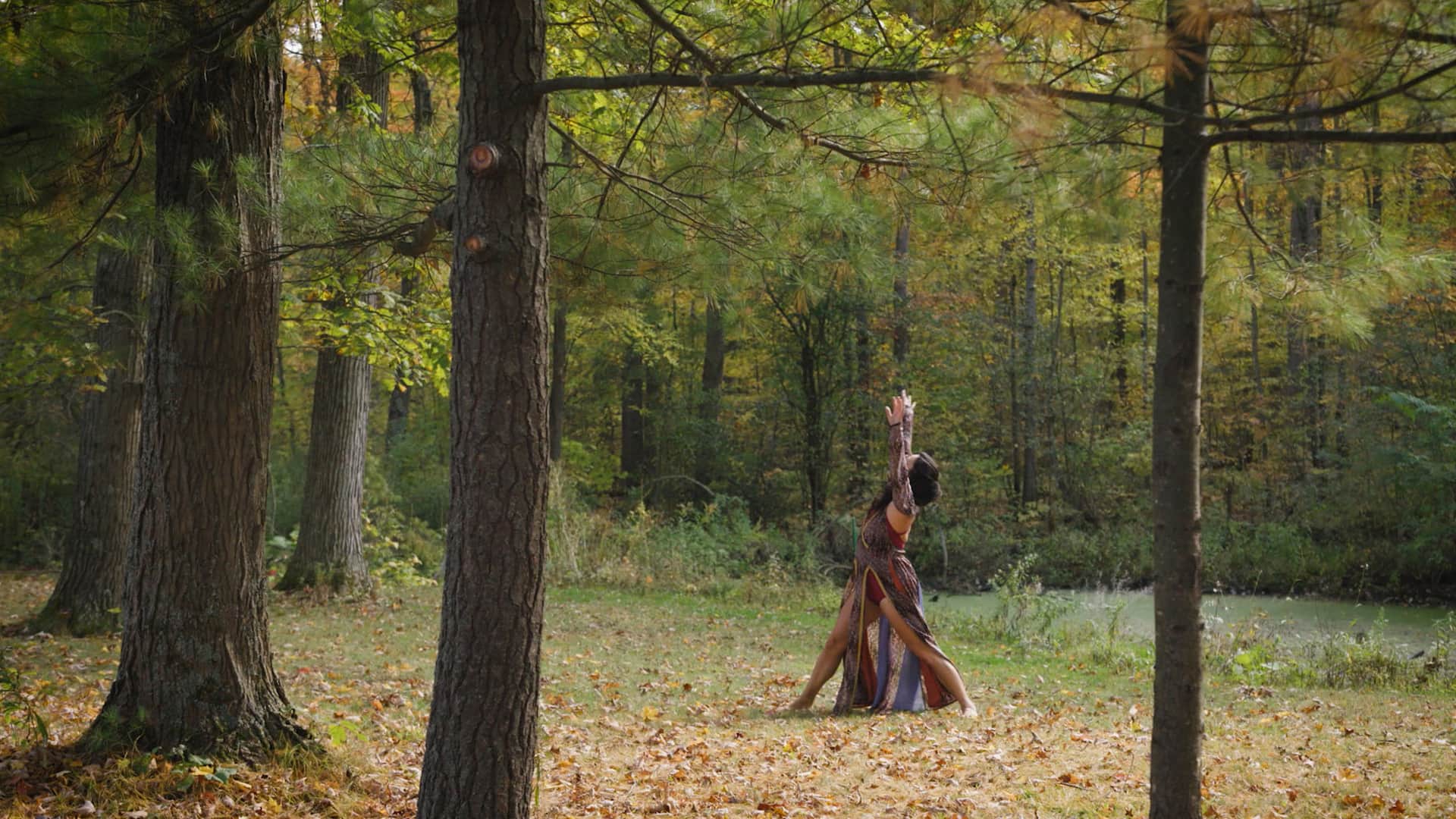 With stages closed and studios shuttered, the dance world has been hit hard by the pandemic. This time has also created space for a conversation about the way tradition and narrow standards have obscured practices of racism. This story is part of a CBC Arts: Exhibitionists episode focused on the dance world during the pandemic and looking forward, streaming now on CBC Gem.

It's been a particularly challenging year for live performance, but for Kaha:wi Dance Theatre, 2020 is a year of celebration. It was 15 years ago that the company was officially incorporated, and at that time, founder and artistic director Santee Smith would never have been able to predict how the cultural reckoning this year would impact the way BIPOC-led artistic companies like hers would be redefined.

Year after year, Smith has continued to push the boundaries of contemporary Indigenous dance, telling culturally rich stories — like The Mush Hole, which took home five Dora awards this summer — developing countless Indigenous dancers and becoming the chancellor of McMaster University along the way. But despite the many successes, her artistic growth has been complex.

"Even to this very day, I have that question of, 'Am I Santee the artist or am I a Mohawk artist?'" Smith says. "How does society see my work and frame me?"

It's a question she's been grappling with a long time. At 11 years old, Smith moved into residence and trained at Canada's National Ballet School — a program she would excel in but never complete. As a teen, she began to question whether her education was allowing her to explore her identity and realized she was "missing home." So she left in search of herself and began a journey that would ultimately intertwine this cultural exploration with her artistic passion.

Check out this beautiful piece by filmmaker Jonathan Elliott as Smith takes us back to where her dance career began, revisiting her first original choreography on her family land on Six Nations of the Grand River. It features original music by powerhouse Pura Fé.

With the support of the National Arts Centre — which has been working with a number of theatre companies to move live performance outdoors through its Grand Acts of Theatre initiative — Kaha:wi Dance Theatre presented Continuance: Yonkwa'nikonhrakontáhkwen - our consciousness continues unchanged last month. The show was an immersive experience combining 3D images mapped on the Mohawk Institute Residential School in Brantford, Ont., with a performance by Haudenosaunee dancers.

Kaha:wi means "to carry," and carrying her stories, her values and her community has been something Smith has been doing for a long time — all to provide a space for Indigenous audiences to see themselves on stage in an authentic way. Fifteen years later, she is also still questioning the institutions she studied in and invites us to do the same.

"Ballet has a long history of being touted as the pinnacle of artistic practice and expression," she says. "I think there's a whole host of other forms, other influences, other original dances from this land that we call Canada that are really important to highlight, and that's the work that I do."

Stream CBC Arts: Exhibitionist's episode on the dance world during the pandemic and looking forward, now on CBC Gem.