Looking for a dreamy bite-sized love story to dive into during the second wave? Author Catherine Bush has just released a new collage-based experimental film set on Fogo Island. 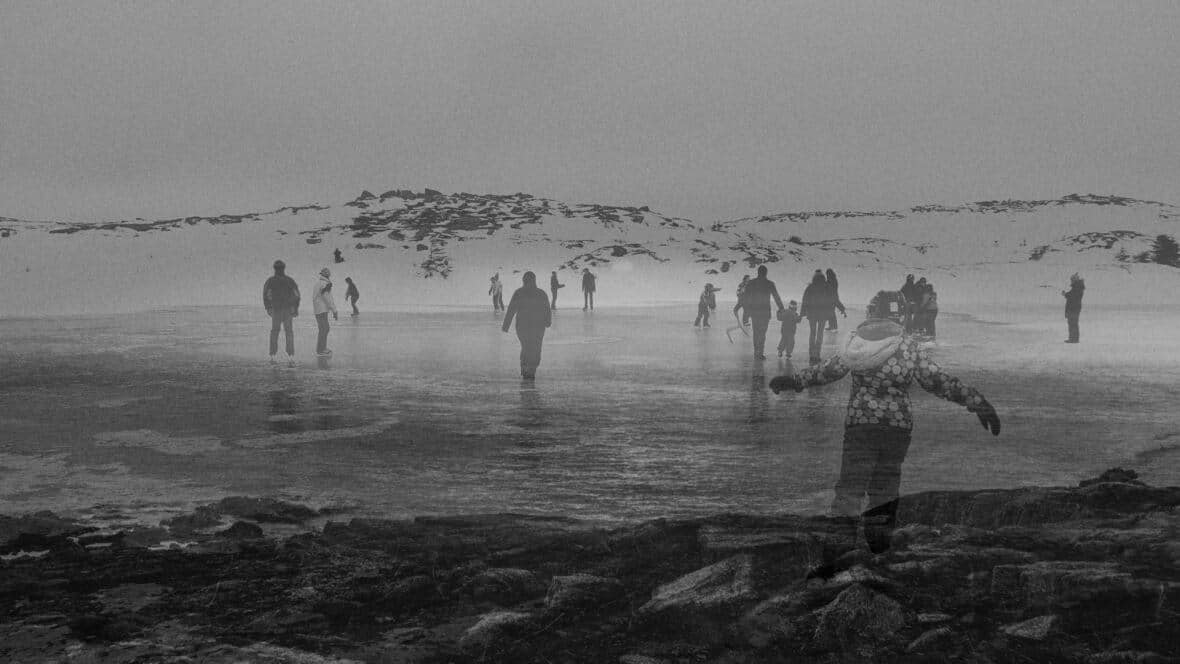 1 month agoVideo
5:21
We Are Islands is a film by Catherine Bush and is part of Digital Originals, a Canada Council for the Arts initiative. 5:21

Looking for a dreamy bite-sized love story to dive into during the second wave? Author Catherine Bush has just released a new collage-based experimental film set on Fogo Island.

There are no spoken words in the film, We Are Islands, and the "script" was taken entirely from the pages of her recently released book, Blaze Island. The story is about a "renegade scientist" father and daughter coping after a major storm and also has to do with climate change.

Bush spent years visiting Fogo Island to research the novel, but when it came time to launch it this fall, the pandemic had shut down just about everything, including in-person events.

So Bush decided to do something different. She reached out to artists she had met in her travels to the island: Toronto-based filmmaker Mike Hoolboom and Fogo Island photographer Paddy Barry and painter M'Liz Keefe.

"I suggested collaborating on a short film that, inspired by the novel, meditated on Fogo Island's climate and landscape, and the state of being islanded — our collective existential condition during the pandemic," says Bush.

So she had Hoolboom go through her book and pull out passages that resonated with him to make a new, completely different narrative for the five-minute film. Then they wove in stills of work from Barry and Keefe.

Bush describes it as a collage film, and that's probably the best way to describe the layers of images, video and sound.

The result is a love story between a young man and woman, but the narrative is more like poetry than a traditional film, and the details of their story seem to be up to the viewer.

"For me, personally, the film offers a pathway to a place I cannot reach right now, pulling me into a landscape that I love and miss that indelibly shaped my new novel," says Bush. "The short film asks all of us to imagine ourselves as islanders as we shelter in place, adapt to this moment and seek refuge in all weathers and from our storms."

Bush says the film was a chance for all four artists to respond to the pandemic artistically and to revisit their previous work to make something new.

Bush thinks the film is "indelibly shaped" by COVID-19, in part because the artists had to work remotely and consider an audience, too, that would be largely on their own.

"Working on the project was an invitation to think more deeply about what it means to 'be islanded,'" says Bush. "It strikes me now, more than ever, that to 'be islanded' is both a description of isolation and, as crucially, of how we come together in a crisis."