Canada's a Drag: The time has come for our drag performers to sashay into the spotlight

This 9 part docu-series from CBC Arts showcases the true North strong and fabulous.

Watch every episode in full at the bottom of this story.

Every Thursday night for the past month or so, essentially every LGBTQ-friendly drinking establishment across Canada has been packed with folks ready to root for the queens of RuPaul's Drag Race. I've been a consistent participant in this ritual since Drag Race started almost a decade ago, watching as its sashayed its way into the cultural zeitgeist and became so popular that if you don't arrive at least an hour early to any of the dozen or so bars in Toronto playing Drag Race, shantay you can't stay (or at least you'll have to stand).

Annoying as it occasionally may be to have to fight for a table, the sentiment behind the legitimate phenomenon that these viewing parties have become is quite something. In the same 10 years that Drag Race has been on the air, LGBTQ social establishments have suffered around the Western world, with so many venues closing due to the two-pronged monster that is skyrocketing rents and the proliferation of hookup apps. Drag Race has certainly counteracted that by getting people off of Grindr (at least momentarily) and into bars to spend money and talk to people in real life. In the process, its helped bring a sense of community and positivity in an era in dire need of both.

As queens and kings in this country and around the world have been making clear since long before  RuPaul's  Drag Race came around, drag is art at its most multidisciplinary level, often combining acting, dance, comedy, fashion design and hair and makeup design in one flawless package of charisma, uniqueness, nerve and talent.- Peter Knegt , Canada's a Drag producer

Once a week, Drag Race brings folks together to drink beer and catch up while cheering on extraordinary queer artists on a TV series whose core message is about loving yourself. And more often than not, they also get to experience what their city's drag scene has to offer as well. Most viewing parties are hosted in the flesh by a local queen (or a few) who typically utilize the opportunity to offer up a few performances themselves. And it's not unusual for those performances to ignite a statement I've made, heard and/or responded to countless times at different bars in different cities: "That queen could totally compete on RuPaul's Drag Race."

The only problem? There's no Canadian version of Drag Race (though fun fact, there is a Drag Race Thailand), and that isn't about to change as far as I know. But what is about to change is that Canadians are going to have an opportunity to at least get to know some of the country's finest drag performers. That's because CBC Arts has produced Canada's a Drag, a new series of short documentaries that teamed us up with fabulous filmmakers from communities across the country to profile a wonderful group of drag performers — both kings and queens. We start with Toronto's Allysin Chaynes before bringing you to Edmonton with Lourdes the Merry Virgin, Winnipeg with Prairie Sky, Montreal with both Tranie Tronic and Guizo La Nuit, Vancouver with Berlin Stiller, Halifax with Elle Noir and then back to Toronto with Gay Jesus and Sofonda Cox.

It's by no means an exhaustive list of the deserved drag superstars of the true North strong and fabulous. We could have easily found subjects for 100 episodes (though hopefully: give us time). But we do know it represents a worthy sampling of an art form that deserves as much of our national pride as any other. And if there's any part of you that questions whether drag should be classified as art, then this series is more necessary than we thought.

As queens and kings in this country and around the world have been making clear since long before RuPaul's Drag Race came around, drag is art at its most multidisciplinary level, often combining acting, dance, comedy, fashion design and hair and makeup design in one flawless package of charisma, uniqueness, nerve and talent. If Canada's a Drag can make that clear of these nine performers, then we did not fuck it up.

Watch all the episodes by clicking on this updated list:

And if that leaves you craving more,  you also enjoy these outtakes — in which Gay Jesus offers some terminology 101 and Allysin Chaynes schools you on the meaning of the terms "shade" and "reading":

The Glossary of Gay Jesus

3 years agoVideo
1:19
Get schooled in terminology by Toronto drag king Gay Jesus in this bonus clip from Canada's a Drag. 1:19 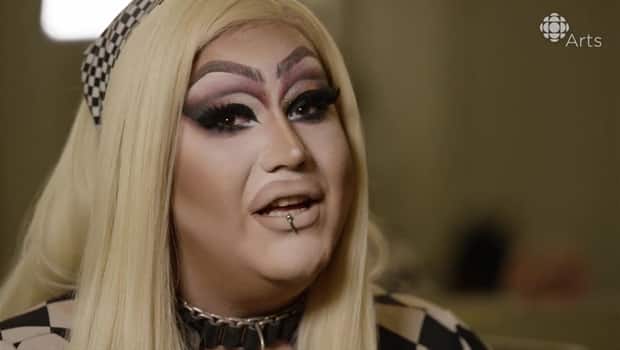 Thank you for watching the first season of Canada's a Drag!

Peter Knegt (he/him) has worked for CBC Arts since 2016, writing the LGBTQ-culture column Queeries (winner of the 2019 Digital Publishing Award for best digital column in Canada) and spearheading the launch and production of series Canada's a Drag and interactive project Superqueeroes, both of which won him 2020 Canadian Screen Awards. Beyond CBC, Knegt is also the filmmaker of numerous short films and the author of the book About Canada: Queer Rights. You can follow him on Instagram and Twitter with the same obvious handle: @peterknegt.