Becoming an artist via graffiti and skateboarding? Not an easy sell to his 'conservative' parents

For Scott Sueme, skateboarding exposed him to new subcultures and led to his artistic life.

For Scott Sueme, skateboarding exposed him to new subcultures and led to his artistic life 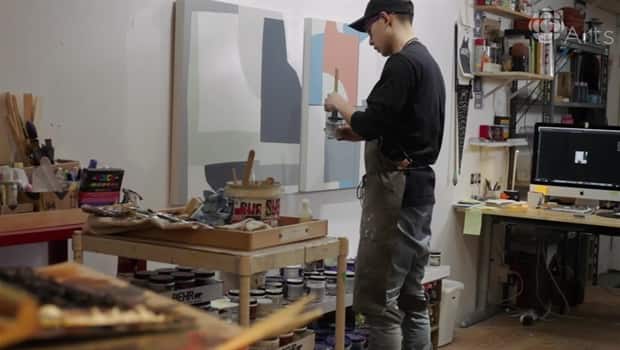 Becoming an artist via graffiti and skateboarding? Not an easy sell to his 'conservative' parents

3 years ago
0:57
For Scott Sueme, skateboarding exposed him to new subcultures and led to his artistic life. 0:57

Scott Sueme is a Canadian artist raised in Vancouver, B.C. Since attending Emily Carr University in 2006, Sueme has been working as a graphic artist and painter. Starting in the graffiti subculture, he has ventured personally and commercially through art, design and installation painting.

For Sueme, getting into skateboarding provided the window into being exposed to different subcultures, especially graffiti, which he started making himself — something his parents weren't exactly enthusiastic about. "Finding out your kid does graffiti is, like, not the best news," he says. "It definitely wasn't an easy sell, by any means."

Sueme has been commissioned to work with collaborators such as Nike, the NBA and Lululemon. Recently, he has completed large scale mural projects with the City of Edmonton for the new Abbottsfield Recreation Centre and locally with the Moda Hotel and the City of Vancouver. Sueme currently works out of his studio and his work can also be seen in Vancouver at the Kimoto Gallery.

Art Minute is a new CBC Arts series taking you inside the minds of Canadian artists to hear what makes them tick and the ideas behind their work.