Beautiful terror: Why witnessing 'the sublime' in art gives you that awestruck feeling

Artists have tried for centuries to capture the sensation you feel in the face of something immeasurable. 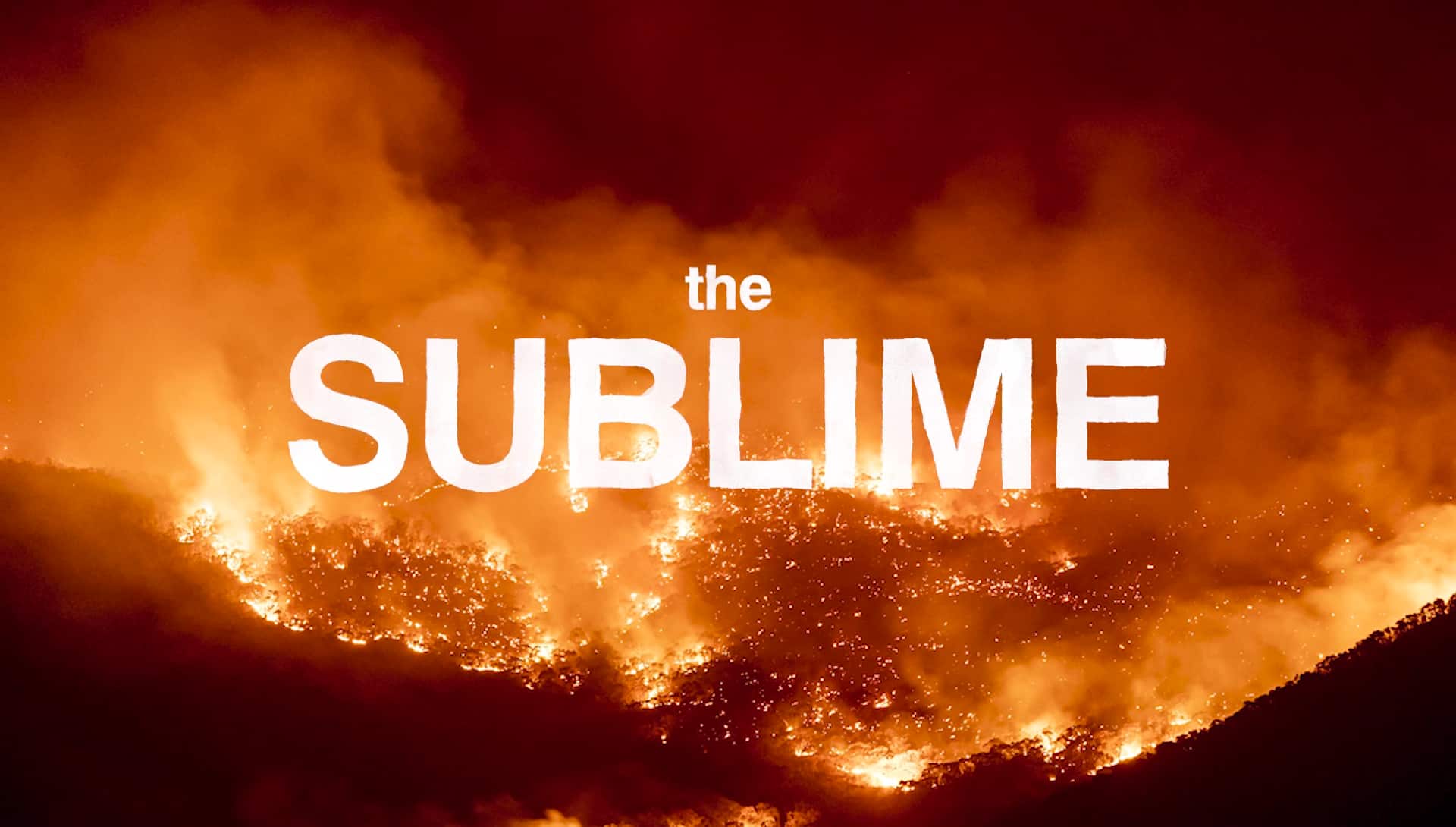 Beautiful terror: Why witnessing 'the sublime' in art gives you that awestruck feeling

16 days ago
4:23
Artists have tried for centuries to capture the sensation you feel in the face of something immeasurable. 4:23

Have you ever gone to the gallery with your uncle and as you're watching him stare deep into a Caspar David Friedrich painting, a look of slight terror appears on his face as he gazes at the rough sea? That look on your uncle's face is part of art! Today we're going to talk about this effect that philosophers have called "the sublime" — the sensation that you feel when you look at something immeasurable in scale and sense that you're almost nothing in the face of it.

We all might be feeling a little small lately — life during the pandemic has shrunk our worlds down to the size of our apartments, and "outside" can actually feel pretty huge at the moment. Nature is gargantuan: it's full of canyons, huge waterfalls, towering mountains. This feeling of being tiny is shared by all of us at some point — and it's a feeling artists have tried to capture for centuries.

I'm Professor Lise (not really a professor) and this is Art 101 (not really a class). We're here to go on a deep dive into an idea, an artwork or a story from the art world that may be controversial, inexplicable, or just plain weird.

The idea of the sublime came up in the 1st century AD when Roman philosopher Longinus referred to it as something elevated or great. At the time, he was actually writing about rhetoric; later on, thinkers grafted the concept onto ideas about aesthetics. The sublime became something that ran parallel to beauty — but invoked a sort of horror. In the 18th century, writers talked about it when they travelled— it was a word that expressed the feeling you got when you stood at the edge of a cliff, looked into a volcano, or saw the sky stretching out above you.

So basically, if you're looking at a painting in which a man is staring out at the unknown, as in Wanderer above the Sea of Fog by Caspar David Friedrich, you are feeling this sensation, the sublime. Partly because you are a spectator and not actually in danger, the scene can provoke a sort of spiritual and almost-physical horror — but because we know we're safe, it's still pleasurable. We're scared and attracted at the same time.

Artists made work trying to conjure this sensation for centuries. Gericault's Raft of the Medusa, painted in 1818-19, is based on a true story where survivors of a shipwreck stared out into the rough empty sea. The sense of hopelessness you get when you look into the painting is intensified by the neverending seascape around the stranded men. But we're not in danger ourselves — we're experiencing the sublime.

John Constable's Salisbury Cathedral from the Meadows in 1823 sits under an ominous stormy sky — a metaphor for anxiety about the future of the Anglican Church. These artworks feature overwhelming weather, elements, and landscapes, and they echo not only our fears in real life but the beauty that comes from the power of nature.

In the 1940s, painter Barnett Newman wrote an essay called "The Sublime is Now" and tried to paint the sublime in huge monochromatic works like Vir Heroicus Sublimis of 1950-51, where you can feel pretty insignificant in front of the massive field of red. (By the way, if Barnett Newman makes you mad, you might want to check out this episode of Art 101 from a little while ago.)

Some artists have tried to capture the sensation of the sublime using the earth itself. Nancy Holt's Sun Tunnels from 1976 uses massive concrete tubes to harness the sun's light and create an almost spiritual experience.

And Kanye's favourite artist, James Turrell, began developing his Roden Crater in Arizona in the 1970s where, if you lie inside it, you can see the actual curve of the earth. It's worth a visit, flat-earthers.

The sublime is all over art of the later 20th century, and into the 21st. Works by photographer Ed Burtynsky use scale and the natural landscape to create something terrifying — like in Oil Spill #2, where a large vessel looks totally helpless in the face of the water swirling around it.

We all feel pretty small right now. The pandemic sucks. And it's not the sublime — this is a really real feeling of danger. But we'll live through it and artists will make work about it and we'll experience it differently, once we're out of harm's way. And your uncle will have that beautiful look of terror on his face at a gallery with you, in person, in the future.

See you next time, safe and sound — I hope — feeling newly incredulous about the world outside your home, for another edition of Art 101.

Artworks featured in this video:

2m28s - Salisbury Cathedral from the Meadows by John Constable (1831)