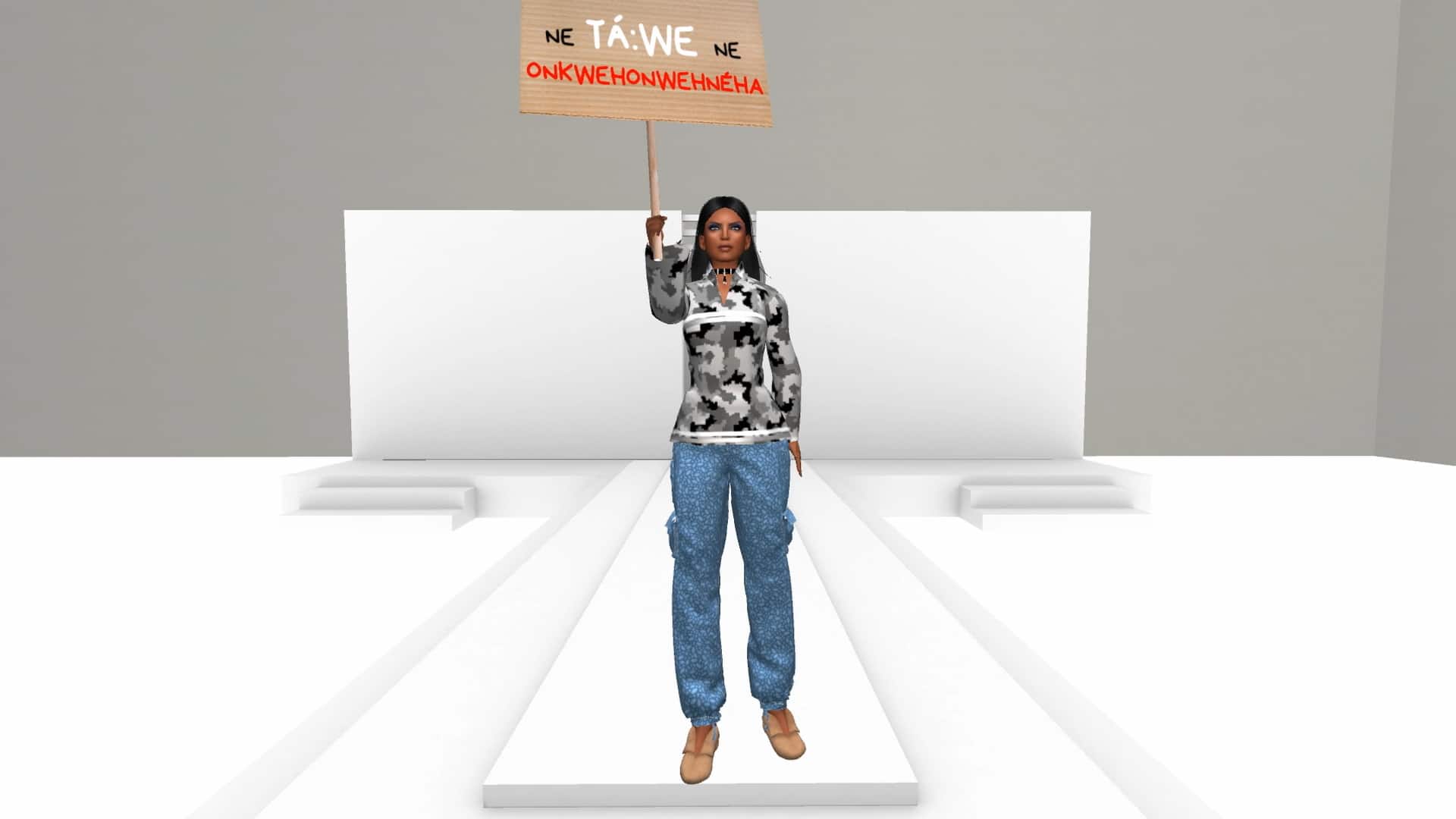 Like everything else in 2020, the fashion world has been hit hard by this global pandemic, but it's also become an opportunity to pause and reflect on an industry that might be overdue for some major changes. This story is part of a CBC Arts: Exhibitionists episode focused on a better way forward for fashion, streaming now on CBC Gem.

For over 20 years, multidisciplinary artist Skawennati Fragnito has been creating digital avatars in the 3D virtual world Second Life, envisioning what Indigenous life could look like in the future. And she turned these creations into short films also set in virtual environments, known as machinimas. So it's only fitting that as Indigenous Fashion Week Toronto moved its typically in-person fashion show online due to COVID-19, the Montreal-based artist decided to bring her virtual world to the runway.

For this collection, called Calico & Camouflage, she created a catalogue of resistance wear, reversing the prints on traditional Mohawk ribbon shirts and army pants and transforming them into items to wear to a protest. The style she developed features an exaggerated ribbon design to symbolize longevity and continuation. Each strand flows from the garments all the way to the floor.

Once the collection was complete, she enlisted photographer Daniel Cianfarra to take promotional photos, featuring Indigenous models wearing the final designs. The spread was picked up and featured on Vogue.com. In one of the photos, a model holds a sign that reads, "Ne Tá:we Ne Onkwehonwehnéha," which translates into "The future is Indigenous."

Earlier this year, Skawennati even caught the attention of Prince Harry and Meghan as they paid a visit to Canada House in the U.K. and saw an exhibition of her work.

In this piece by filmmaker Roxann Whitebean, with music provided by Once A Tree, watch as Skawennati transforms traditional Mohawk garments into resistance wear.

"I asked myself, what will [Indigenous people] look like in the future?" says Skawennati. "What will we wear in the future? But also, what are we bringing from the past? What are the values we want to live by?"

To see her full runway, alongside other incredible Indigenous designers, check out Indigenous Fashion Week Toronto, from Nov. 26 to 29.