Jay Senetchko thinks it's important to keep an open mind about what art is and can be. 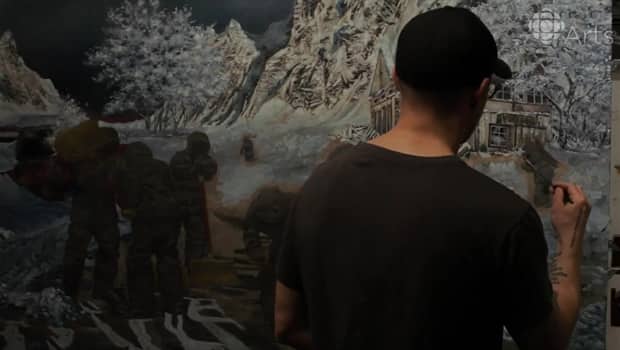 2 years ago
1:04
Jay Senetchko thinks it’s important to keep an open mind about what art is and can be. 1:04

He can't remember who said it, but it's stuck with him. "For all I know at this point it could be something that I've thought of and I've just attributed it to somebody else."

When Senetchko thinks about what art is, he finds it best to keep an open mind. "The definition of what art is has become so varied that it's almost a meaningless term. But what's become obvious is that people like it that way for the most part."

He wants to avoid being skeptical of the new. "You know, you still get the old stereotype, like, sitting on a porch with a pitchfork railing against society: 'I want realism, only realism!' But I think that's the exception for especially anybody who's coming up in a younger generation."

Art Minute is a CBC Arts series taking you inside the minds of Canadian artists to hear what makes them tick and the ideas behind their work.