Are parking lots our future parks? This experiment is giving space for cars back to people

'A park doesn't have to be green or full of trees. It can be something completely different' 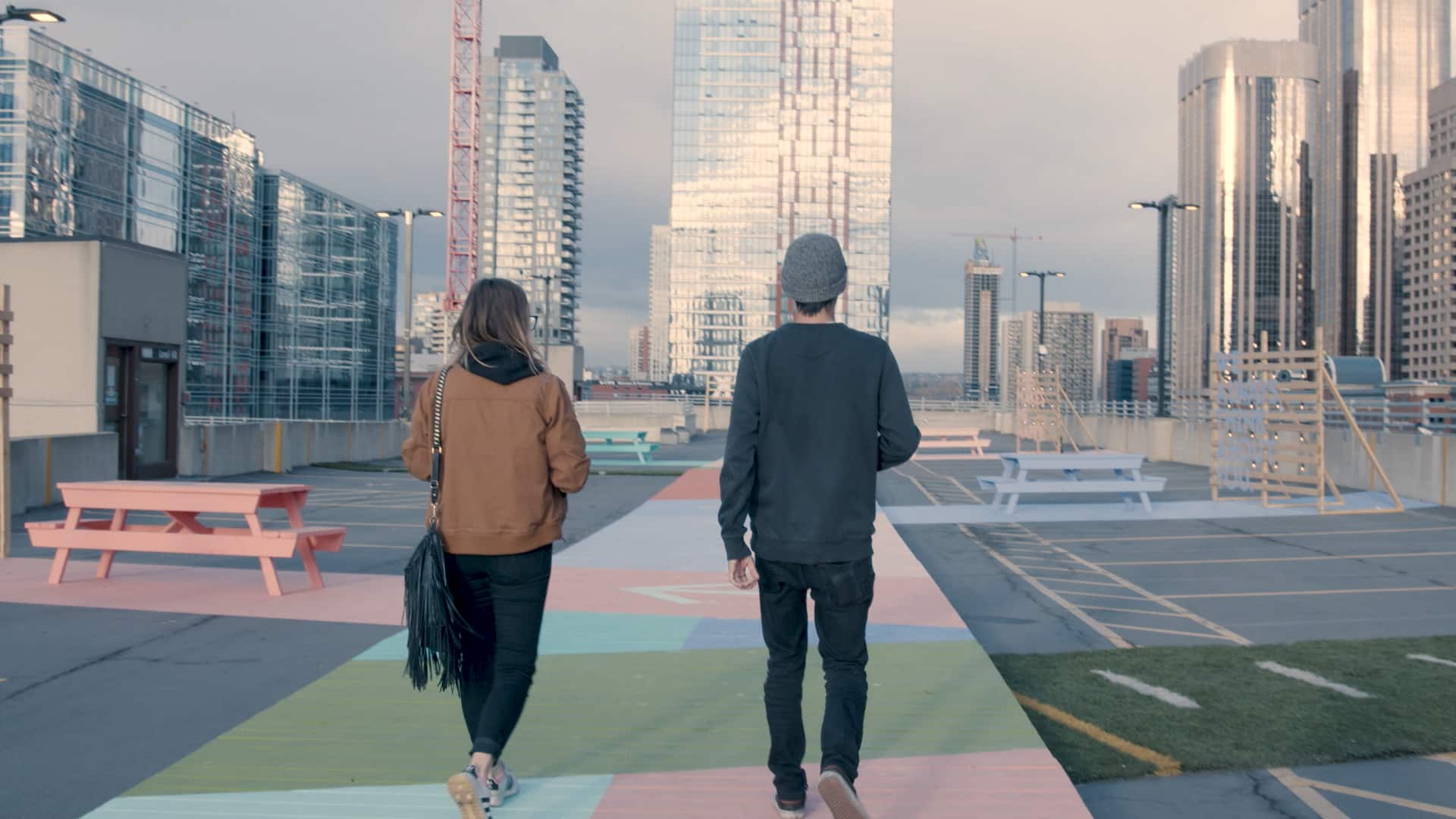 Are parking lots our future parks? This experiment is giving space for cars back to people

The pandemic has put a spotlight on how we live and the role of the architecture around us. This story is part of CBC Arts: Exhibitionists episode focused on architecture and design, streaming now on CBC Gem.

Many of us are living in increasingly dense urban neighbourhoods, where proximity to work, shopping, and entertainment have long been prioritized over the preservation of green space. Specifically, in the downtown cores of major cities across Canada, it is usually easier to find a Green P than a green tree. But now as the pandemic has shifted commuting from a long car ride to a short walk into a home office, many of those parking lots sit underused and empty — which prompted one architecture firm, in collaboration with the Beltline Neighbourhood's Association and the Calgary Parking Authority, to transform two Calgary parking lots into parks.

"A park doesn't have to be green. It doesn't have to be full of trees. It can be something completely different," says Liz Wreford, the principal landscape architect at Public City Architecture in Winnipeg. For her, the objective is to "bring the interior and the exterior together into cohesive urban places."

While both Park Park and High Park were conceived before the pandemic, life post-pandemic created a unique challenge to Wreford and her team: "How do you create a park for a time where no one can actually gather?" Much of the design addresses these challenges, including a boardwalk wide enough for people to pass each other, picnic tables which maintain social distance for those gathered around it and parklettes.

It's about building infrastructure — bringing the interior and exterior together into cohesive urban places that people can use in playful ways, in creative ways, that allow people to come outside and enjoy themselves in new and different ways.- Liz Wreford, of Public City Architecture on landscape architecture and building new types of park

In this video, filmmaker Sura Mallouh visited High Park to break down its design and talk to Wreford about whether parking lots might really become our future parks.

The design of a city is what makes it truly livable. Through Park Park and High Park, PCA is repurposing a space prioritized for cars and returning it back to the public. Good design is adaptive to the needs of the people who use it and ultimately, like any good public design, its future will be decided by the Calgarians who use it, if they use it and how they decide to make it their own.

In the making of this piece, Mallouh also mentored aspiring filmmakers and would like to shout out assistant editors Sahar El-Kadri and Tarek El-Kadri, as well as the additional videography by Tarek El-Kadri in Calgary and Jonathan Ventura in Winnipeg.

Stream CBC Arts: Exhibitionists season six episode focused on the role of  architecture and design in our changing world now on CBC Gem.