Starting tomorrow, CBC Arts is rolling out four new series online and on TV showcasing the work and stories of artists across Canada. In case you're having trouble keeping track, here's a handy primer.

Canadian art lovers: prepare yourselves for an embarrassment of riches this week. Beginning tomorrow, CBC Arts is rolling out four new series online and on TV showcasing the work and stories of artists across Canada. In case you're having trouble keeping track, here's a handy primer:

Starting us off is The Re-Education of Eddy Rogo, a web series premiering on Thursday. Eddy's a seasoned art and antiques dealer, who has worked with royalty, celebrities and billionaires — but the world of emerging artists is decidedly outside his comfort zone. Follow along as Eddy visits the studios of eight up-and-coming Canadian artists whose unconventional approaches encompass everything from painting with coffee to taxidermy. What happens when an old school art dealer meets contemporary artists hustling to practice their craft?

Friday marks the launch of Crash Gallery, a new TV show that pits artists against one another in a series of creative challenges. The show features 15 artists of diverse backgrounds, from a piñata maker to a graffiti artist, each tasked with creating a piece of art while a room full of people cheers them on. Their art supplies? Think toy guns filled with paint, glow sticks and power drills. The whole rowdy scene is hosted by Sean O'Neill, a programmer at the Art Gallery of Ontario. The show premieres Friday October 2 at 8:30 p.m. (9 NT).

5 years ago
1:42
Crash Gallery is an art challenge series showcasing 15 artists from across Canada. From painters to illustrators, graffiti artists to puppet makers, Crash Gallery features a diverse group of artists from all backgrounds and specialties with one thing in common—an unparalleled passion for art. 1:42

To learn about the people who create art and the stories behind their craft, tune into Exhibitionists, a new TV show launching on Sunday. The series profiles emerging and established artists shaping Canada's artistic landscape, and explores cultural happenings across the country, from opera to Instagram. It's hosted by Amanda Parris, an artist, producer and educator, and premieres October 4 at 4:30 p.m. (5 p.m. NT) on CBC. Here's a look at one of the stories from the first episode: 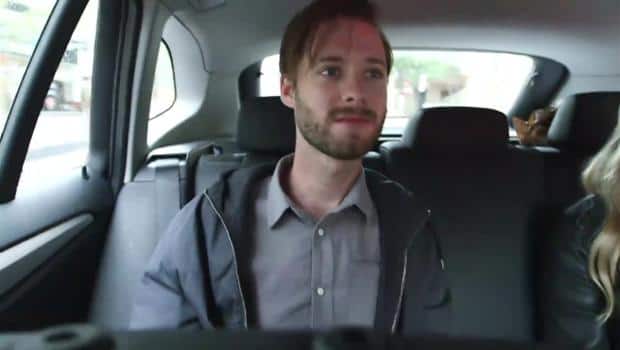 5 years ago
3:26
Newfoundland-born director Stephen Dunn’s first feature, Closet Monster, premiered at the 2015 Toronto International Film Festival (TIFF) and clinched the award for Best Canadian Feature. CBC Arts shadowed Dunn on what may prove to be the most important day of his life. 3:26

Also launching on Sunday is The Collective, a digital project that lets artists tell their own stories. We asked a series of artist collectives, from a dance troupe in Vancouver to a group of teenagers in Cape Dorset, to produce short videos inspired by their identity and mission. The result: 12 unique videos, from short docs to experimental films, reflecting the collective experience and unifying power of art across this country. Here's a taste:

5 years ago
0:13
The Collective is a CBC Arts digital project that lets Canadian art collectives tell their own stories. Everything — from scripting to shooting to editing — was done by the artist themselves. The theme of each video? The unifying power of art. 0:13