7 artists that will give you hope

Trying to process the U.S. election results? These artists are all about fostering unity, inclusion and community — inspiring perseverance in an uncertain world.

When the U.S. election results don't make sense, art can help us find the answers

Donald Trump will become the President of the United States. It's an upset win, the opposite of what the polls and the pundits predicted, and one that leaves the world — never mind America — puzzling over the results.

Racism, misogyny, xenophobia: these are the terms associated with Trump's ascendancy, as so many fact-checking listicles have counted the ways. And yet, Trump's victory speech called for unity — saying it's "time for us to come together as one united people."

After a campaign marked by divisive rhetoric, the idea might seem impossible. Eight years after "hope" was President Barack Obama's one-word slogan, where has it gone?

Art can be one way to attempt making sense of it all — and avoid becoming cynical, as Obama urged in his comments Wednesday. "That's what the country needs: a sense of unity, a sense of inclusion," he said, echoing a statement from Democratic candidate Hillary Clinton's concession speech: "Don't ever think you can't make a difference."

Here, CBC Arts has collected videos on that note. These artists are all about fostering unity, inclusion and community and their stories can inspire hope and perseverance in an uncertain world.

Communities that have been marginalized and felt violence for generations require strong voices to be heard — and Toronto-based band/collective LAL have used their music as a rallying cry for these communities for the past 20 years.

This is how we're going to change the world. Start with ourselves and let's move forward.- Rosina Kazi , LAL 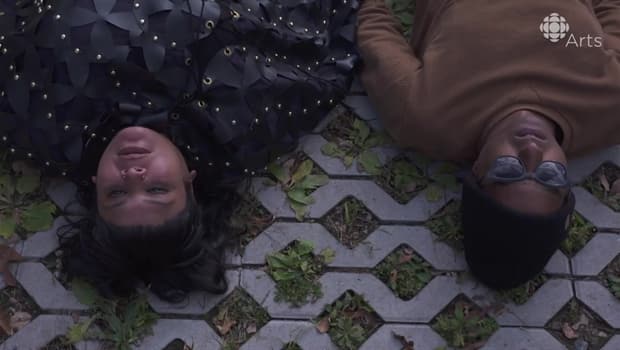 'The world is not safe, so let's create our own spaces': Toronto band LAL finds power in community

4 years ago
3:37
In the face of an election and a violent year, LAL is finding the most inclusive ways to express their activist spirit. 3:37

Toronto-based artist Zun Lee joined forces with curator Kenneth Montague of Wedge Curatorial Projects to mount an exhibition of found Polaroids, called "Fade Resistance." The project gives viewers a glimpse into the home photographs and lives of African American families in the '70s, '80s, '90s and '00s. The images present moments that feel familiar but are underrepresented in the media — pictures of loving, black families. In this video, Lee tells us the story behind the archive, his very personal motivation for creating this project and why these photographs are so significant.

We don't see black love and black joy and everyday moments that are very quiet and at the same time are very powerful. These moments are important, and they're here.- Zun Lee

In Manitoba, a group of Indigenous skateboarders called Red Riding Media have taken the emotional and physical power of their practice to a new level. They're using the fact that they skate at a particularly significant spot in Winnipeg as a point of resistance, empowerment and a way to reclaim their history and identity. It's skateboarding as activism, and they're masters of the craft.

Through skateboarding we can act and feel like ourselves: people, just like other Canadians.- Hanwakan Blaikie Whitecloud

4 years ago
3:57
A group of talented Indigenous skateboarders in Winnipeg are using their art to reclaim ancestral lands. 3:57

Kawa Ada is a Canadian actor and author. He's also a refugee. In the '80s, he fled the Soviet-Afghan war as a child, and in this story about his family's escape from Afghanistan, he explains how a small act of selfless compassion changed his life forever — and inspired him to pay it forward through his art.

Sometimes the most singular gesture of humanity can alter your life forever.- Kawa Ada 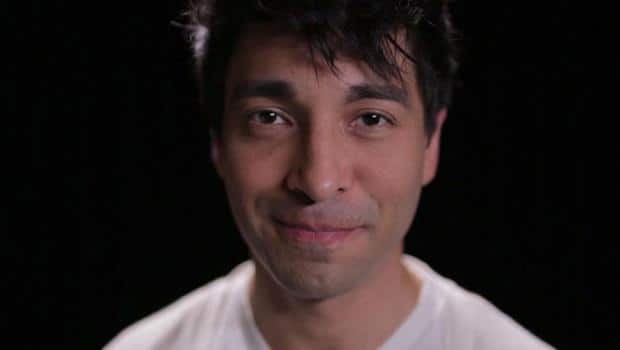 Kawa Ada and the moment that changed his life

5 years ago
2:30
Kawa Ada tells the story of a harrowing journey and a kind gesture that he's never forgotten 2:30

Maria Qamar could never have predicted the merciless bullying and racism that she would experience in Canada when she moved to her new home country from Pakistan.

In this video, Qamar, who goes by Hatecopy online, tells CBC Arts how she managed to rise above the negativity to create art that celebrates — and lovingly satirizes — her hybrid South-Asian and Canadian culture. 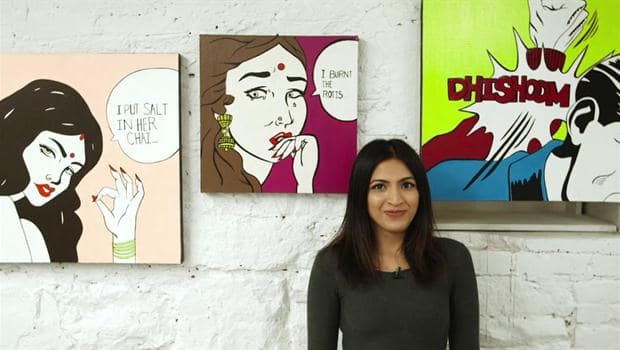 Maria Qamar on the road to globally known pop artist

5 years ago
3:49
Pakistani-Canadian artist Maria Qamar is an Instagram smash hit for her pop-style paintings that pull in Pakistani aunties, Bollywood, and a razor-sharp sense of humour. 3:49

When words couldn't describe what they experienced, Mark and Marichka Marczyk turned to music. In 2014, the artists were in the middle of Kyiv's Independence Square during the protests that preceded the current crisis in Ukraine. In response to what they experienced, the husband-and-wife duo — who met during the protests — created Counting Sheep, a "guerrilla folk opera" that transports audiences to the middle of Kyiv's central square during the uprising.

A lot of this play is us voicing that trauma — trying to express what it was that we felt.- Mark Marczyk

4 years ago
3:52
Meet the creators of Counting Sheep, an award-winning "guerrilla folk opera" that immerses audiences in the crisis in Ukraine. 3:52

Inspired by the way that movies can help bridge geopolitical divides, Toronto-based video group The Creators Bureau produced this piece for CBC Arts' web series The Collective. What better way to symbolize that idea than with a light-saber battle between two Cold War rivals, Mikhail Gorbachev and Ronald Reagan? Inter-cutting that fight scene with interviews of people who grew up under oppressive regimes, "The Equalizer" is a testament to the unifying power of cinema.

It speaks to art's ability to unify us.- Filip Terlecki