As 2017 marks the 150th anniversary of Canada — a country built on colonization — it's more critical than ever to recognize the artists proudly leading the charge.

From Inuit tattoos to throat singing, revisit some of the Canadian creatives leading the charge

Indigenous Canadians have spent generations fighting for their traditions in the wake of attempted assimilation and systemic oppression. And as 2017 marks the 150th anniversary of Canada — a country built on colonization — it's more critical than ever to recognize the work of artists who are keeping alive cultural practices that were almost wiped out. We should celebrate that work year-round, but today especially — National Aboriginal Day — let's take a moment to revisit some of the artists we've met who are proudly leading the charge. 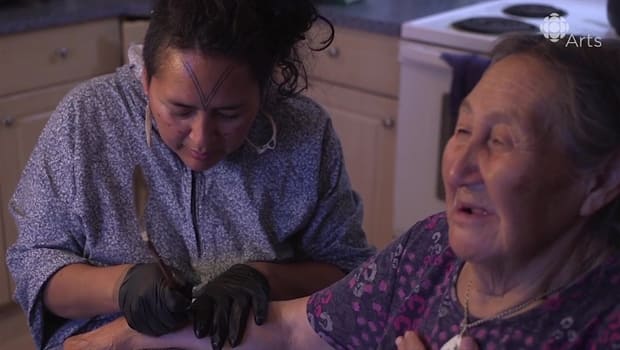 3 years ago
3:52
Mary Kudlak shares the emotional process of getting her first kakiniit, or traditional Inuit tattoo. 3:52

When Hovak Johnston learned that the Inuit cultural tradition of kakiniit tattooing was about to die out with the passing of the last woman who had traditional tattoos at the time, she was devastated — and she refused to let it happen without a fight. She decided to start the Inuit Tattoo Revitalization Project to bring the practice back, and she's tattooed over 80 women so far. In this video, we join her as a 74-year-old elder gets inked for the first time — and learn firsthand why the tradition is so meaningful and important to preserve. 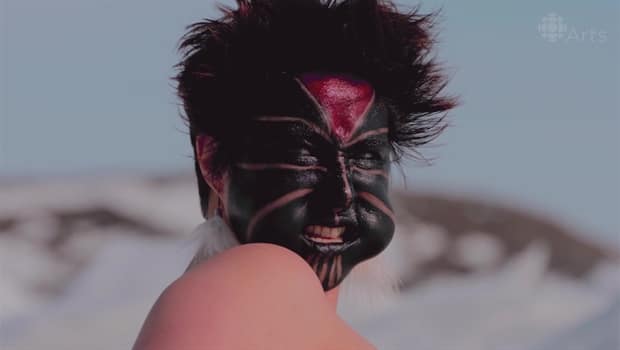 4 years ago
4:00
Laakkuluk Williamson Bathory explains that her nude body acts as a way to break stereotypes about Indigenous women. 4:00

Laakkuluk Williamson Bathory's subversive work marries tradition with modernity to share an important message about Indigenous women's rights. Bathory is a champion of uaajeerneq — Greenlandic mask dancing based on ancient Inuit expression — and her film Timiga Nunalu, Sikulu (My Body, The Land and The Ice) uses the practice as a defiant stand against stereotypes of and sexual violence against Indigenous women. "It's a political act, it's a cultural act, it's an idiosyncratic art form," she says of the mask dancing — and her work proves that art form is as relevant as ever.

The hand drumming circle for women that Veronica Johnny runs in Toronto's Kensington Market is about much more than just making music together: it's a sisterhood. And every other week, women come together to lift one another through song. Johnny explains that hand drumming is something that you live, not just something that you play: "It becomes a big part of your life and you become a big part of the drum."

4 years ago
3:25
Artist Tamara Lee-Anne Cardinal explains how time with Elders and learning her own traditional name contributed to her new Jingle Dress design. 3:25

She might be more commonly known as Tamara Lee-Anne Cardinal, but it's her traditional name — Mahihkan Acahkos Iskwew, or Wolf Star Woman — that inspired her recent jingle dress design. She received the name from two Alberta elders as a gift in response to her hard work both in her art practice and her advocacy for Indigenous rights, and the dress celebrates its meaning. The jingle dress is a traditional garment worn during dances to heal sick or hurt members of the wearer's community, and in this video we join Cardinal in studio as she works and explains how Indigenous history influences her work.

4 years ago
1:48
Jenna Broomfield and her fellow throat singers are taking the best part of the genre, and making it even bigger. 1:48

Throat singing is one of the most well-known Inuit traditions, and Jenna Broomfield is one of its artists updating the practice to give it even more modern resonance. While throat singing is usually performed as a duet, Broomfield was part of a special performance — chronicled in this video — where three pairs of singers came together in unison to celebrate the music's power. As she explains: "Throat singing is something that we've been using as a tool of cultural revitalization...It's a way for us to connect with one another."